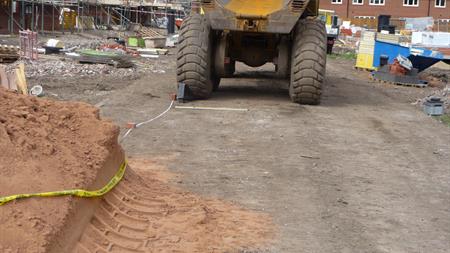 Henry Jones, 67, was walking across housebuilder Redrow's construction site in Knotty Ash, Merseyside, on 8 August 2013 when he was struck by a 43-tonne reversing dump truck. He was crushed under the rear wheels of the vehicle and died almost instantly.

The accident happened in front of Jones's son who was also working on the project, Liverpool Crown Court was told.

According to the Health and Safety Executive (HSE), traffic management across the entire site was poorly managed and was an "underlying cause of the accident", it said. There was no proper segregation between workplace vehicles and workers on foot on the plot where Jones was killed.

In addition, subcontractor WPI Civil Engineering had failed to ensure there was a banksman on site and none of the other employees had received formal training as a banksman. The truck involved in the incident was not roadworthy and was being driven by an unqualified driver.

According to local reports, Jones had hearing difficulties and could not hear the vehicle's reversing alarm. He was not aware of its presence as he was walking with his back to it.

After the hearing HSE inspector Jacqueline Western said: "Mr Jones's death could easily have been prevented if both the principal contractor and the subcontractor had implemented safe systems of work and ensured that health and safety documentation was communicated and followed."