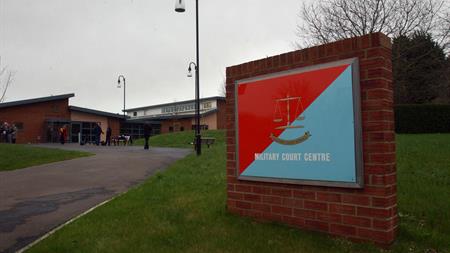 Both men, known only as 1A and 1B as their identities are protected by an anonymity order, deny failing to take reasonable care for the safety and health of those who took part in the march.

On 13 July 2013 Corporal James Dunsby and Lance Corporals Edward Maher and Craig Roberts were on a training march trying out for places in the SAS reserve. The part-time reservists had few opportunities to refill their water bottles and, as the temperature rose to 27°C, they fell ill and collapsed.

Roberts died from heatstroke during the exercise and Maher was taken to hospital but died three hours later. Dunsbuy died on 30 July from multiple organ failure after his body temperature reached 41° C.

1A, a serving captain, was the training officer in charge of the march and 1B is a former warrant officer who was the chief instructor at the time, Forces Network reported. They both deny a single charge of negligently performing their duties.

Proceedings began earlier this week at the Court Martial Centre in Bulford, Wiltshire. The trial is expected to last around three weeks.

A court martial is the military's version of a civilian criminal trial for military offences.

The Ministry of Defence was issued a Crown Censure in 2016 over the incident.