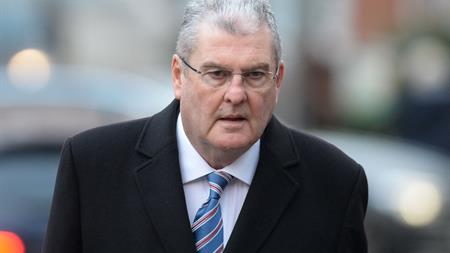 Graham Mackrell has become the first person to be convicted of an offence relating to the disaster, which unfolded on 15 April 1989 during the FA Cup semi-final between Liverpool and Nottingham Forest at Hillsborough stadium. Ninety-six Liverpool fans died following the crush in the central pens of the Leppings Lane terrace.
Mackrell had been found guilty on 3 April after a ten-week trial of failing to discharge a duty under the Health and Safety at Work (HSW) Act. The Crown Prosecution Service originally charged him with two other offences that carried possible prison sentences for alleged breaches of the Safety of Sports Grounds Act 1975 but both were dropped before the trial concluded.
The jury at Preston Crown Court found the stadium's safety officer had criminally breached his duties by only making seven turnstiles available for the 10,100 Liverpool fans with standing tickets. At the sentencing hearing on 13 May, Judge Sir Peter Openshaw said: "He should have realised there was an obvious risk that so many spectators could not pass through seven turnstiles in time for kick-off."
According to the BBC, the judge made it clear that Mackrell's offence under the HSW Act did not directly cause the disaster in the ground.
"The defendant's offence was at least one of the direct causes of the crush at the turnstiles outside the ground but was not a direct cause of the crush in the terraces inside the ground that resulted in the deaths of 96 spectators and injury to many more, to which the crush outside the ground did no more than set the scene."
According to T he Guardian, Mackrell's barrister, Jason Beer QC, claimed in court that the safety officer was not even responsible for the turnstile arrangements at the ground. He also argued that supporters could arrive over a three-hour period, after turnstiles opened at 12pm, so a crush was not foreseeable due to the allocation of only seven turnstiles for more than 10,000 fans with standing tickets. However, the jury did not accept those arguments and found Mackrell guilty by a 10-2 majority.
Topics
Regulation/enforcement
Catering and leisure
News