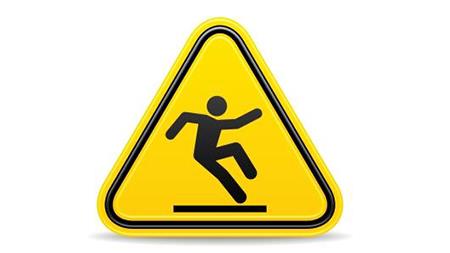 Researchers found that, on average, an employee had three accidents at work, two of which happened in the previous 12 months.

More than one worker in ten (11%) said the employer had failed to carry out a risk assessment before the job started, an oversight that contravened health and safety legislation, the report pointed out.

Fully 141 employees from manufacturing responded to the study by personal injury solicitors firm Hayward Baker, which polled 1,019 British workers about the conditions of their offices, shops, factories, warehouses and building sites.

Half of the factory workers surveyed had sustained a workplace injury, with 32% having been to hospital due to a work-related illness or injury. Almost a quarter (24%) said incorrect handling of heavy items due to using the wrong equipment had led to an injury.

More than half (56%) of those employed by manufacturers revealed they often complained to their bosses about the state of their place of work, with a further 25% claiming their manager failed to address concerns.

A Hayward Baker spokesperson said: "Going to work could seriously damage the health of employees that work in a manufacturing environment if their managers fail to take working conditions seriously enough."

In the survey as a whole, 69% said their workplace was hazardous to their health. Some 35% said they had picked up an illness from their place of work, 18% of them reporting food poisoning or a stomach bug due to dirty conditions. A further 39% were injured at work, with two in ten needing hospital treatment.

Complaints about workplaces included greasy and slippery floors (16%), unhygienic co-workers (13%), unsanitary toilets (11%) and cluttered floors (10%). Dirty kitchens were a problem for 10% of the nation's workforce, as were ripped carpets (9%), broken chairs (8%) and unsafe wiring (6%).

The survey found that 16% of workers sought legal advice after sustaining an injury, with the average compensation claim being £24,931.

Some 29% of all accidents at work were considered "moderate", and included broken bones . Other common workplace injuries were cuts (27%) and strained backs (20%). The more "severe" injuries that followed an accident at work included dislocations (9%) and the loss of a limb or other body part (6%).

Just over one-fifth (21%) blamed the employer for their workplace accident, while a further 18% said the accident was their own fault.