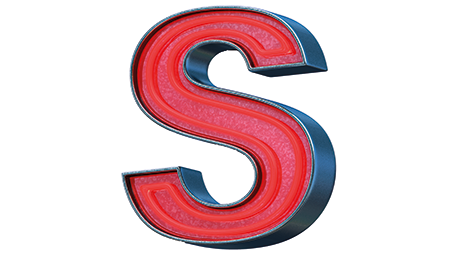 In his 1983 summary of SRK (bit.ly/2YUPvAu) Rasmussen defines skill-based behaviour as sensory-motor activities which occur "without conscious control as smooth, automated and highly integrated patterns of behaviour." Skills can be physical -- putting one foot in front of another when walking. Skills can also be cognitive, such as the skilled musician who doesn't think about individual notes when playing a melody.

Rasmussen describes rule-based behaviour as the "next level", where each action is "controlled by a stored rule or procedure". Some rules are explicitly taught or communicated, but people also work out their own rules from experience in relation to their own goals. The written rule is that short-cuts must not be taken across the car park, but the worker sees that everyone else does so without harm or challenge. The new rule becomes that you should take the shortest route to save time.

For Rasmussen, the highest level is knowledge-based, which he describes as essential for "unfamiliar situations, faced with an environment for which no know-how or rules for control are available". Knowledge-based behaviours require the individual to understand how a system works, to develop their own hypotheses about how to meet a goal, and then to test each hypothesis, either by reasoning, or by trial and error. If the car stops, can we work out why? What steps might we go through to test different ideas about the problem? Rasmussen had in mind the 1979 incident at Three Mile Island, where there was a partial meltdown of a nuclear reactor. A significant feature of the incident had been that operators relied on rules, and had insufficient knowledge of the system to consider revising those rules when the reactor didn't behave as expected.

James Reason has adopted SRK to explain human error. While Rasmussen described skills first, Reason turns the categorisation on its head. In his 2008 book The Human Contribution, he makes knowledge-based performance sound unattractive. "All human performance begins at the knowledge-based level in which our actions are governed online by the slow, limited and laborious application of conscious attention."

By contrast, Reason extols the virtues of skill-based behaviour, explaining that "instead of agonising over each separate movement or word, we are able to run them off in pre-package sequences".

Reason does admit that skill has its pitfalls. "Automatisation carries the penalty of occasional absent-mindedness," he says. This is not the risk of a nuclear melt-down, just the chance we might put cat food in the teapot (something he has himself done). By contrast, he warns that knowledge-based behaviour "is a highly error-prone level of performance".

The main focus in the workplace has therefore been to avoid errors by training skills and learning rules. Since most readers are not in the nuclear industry, consider a more familiar example.

Sam is a new employee, and manual handling is part of her job. According to Reason's use of SRK, as a novice, she starts learning manual handling at a conscious, knowledge-based level. She is shown how to lift, and given rules to follow about how to position her feet and hands, and which trolley to use.

With time, Sam becomes a skilled manual handler. Bending her knees, keeping her back in its natural curve, lifting and lowering at the right time -- all have become automatic to her.

One rainy morning she finds a delivery has been left outside in now soggy cardboard boxes. She has never been told what is in the packages, why they are needed or where they have come from. Without this knowledge, she doesn't know how much damage they will sustain if left there. She doesn't know if these are critical spare parts, or if they can be left there, with the courier being asked to come back and deal with the delivery.

Rasmussen proposed SRK to encourage us to design our workplaces and work processes so that people have the knowledge they need to deal with the unforeseen situations where skills need to be adapted, and where existing rules won't work. He didn't mean for people to be trained Pavlov-style to perform tasks automatically and unconsciously at a skill-based level.

Knowledge must not be seen as the necessary but effortful stage required before someone is skilled. If we ask Sam to move a clean, dry, cuboid box, we can test her skill in ideal conditions. But to test her knowledge, the assessment should include the greasy, awkward and too-heavy-to-lift load. As Rasmussen puts it, "Successful performance does not validate a model; only tests of its limits and error properties can do this."