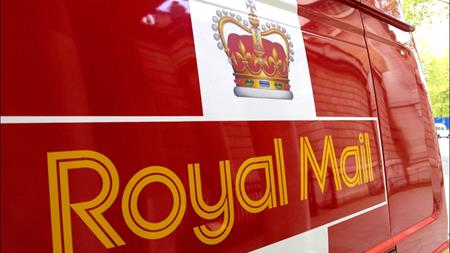 The postal company has been fined £1.6m over the incident -- its largest ever amount for a safety offence.

According to a Communication Workers Union (CWU) press release, the worker was struck by a 7.5 tonne large goods vehicle on 12 December 2014. He was knocked unconscious and sustained multiple serious injuries, including a fractured jaw and several broken ribs.

Isleworth Crown Court was told that the London Borough of Hounslow, which brought the prosecution, found a series of failures by Royal Mail.

It had reportedly failed to carry out risk assessments and had no monitoring or supervision on site. It had given workers no safety information or training and had failed to maintain safe workplace transport arrangements, including road markings and signage.

A Hounslow Council spokesperson said: "During the course of the extensive investigations, a number of safety failures were identified at the Royal Mail depot. Royal Mail were served an improvement notice that required improvements to keep staff and visitors safe. These improvements have since been implemented in full."

Royal Mail pleaded guilty breaching s 2(1) of the Health and Safety at Work Act on 7 December 2017.

In summing up the judge said that the company's breach of safety regulations had resulted in a high likelihood of harm. He had initially calculated a fine of £2.4m, but reduced it by a third to reflect the company's early guilty plea.

In 2016 Royal Mail was fined £50,000 after an employee's foot was run over by a reach truck at a bundling centre in Rochester, Kent.

The previous year Royal Mail was fined £40,000 after a fleet technician sustained chemical burns after being told to use faulty, dangerous cleaning equipment in Hemel Hampstead, while the fatal crushing of a lorry driver at its Heathrow yard cost the company £90,000 in 2010.

It was fined £250,000 in 2006 after a worker plunged 9 m through the roof of the West London Mail Centre and was ordered to pay a £200,000 penalty in 2003 after a pensioner was fatally struck by a lorry as he collected a package from the Bridgend delivery office.

Dave Joyce, CWU's national health and safety officer, said: "This catalogue of deaths and serious injuries to Royal Mail workers and members of the public doesn't make good reading. Obviously we're concerned about this situation and want Royal Mail to look at the causes.

"Royal Mail's yard safety record isn't good and is causing concern and disquiet. I'm very concerned about the accidents and near misses. The same types of accidents seem to crop up and they are easily avoidable if you learn from past mistakes. Safety procedures are not being enforced."

A Royal Mail spokesperson told IOSH Magazine: "We took steps immediately after the accident to address the issues at this site. We improved the road markings, made the pedestrian walkways clearer, updated the signage in the yard to make it consistent with highway signage, and installed an electronic speed display board at the entrance of the yard.

"This was an isolated incident that is not representative of our first class approach to safety, or our commitment to ensuring a safe working environment for all our employees."