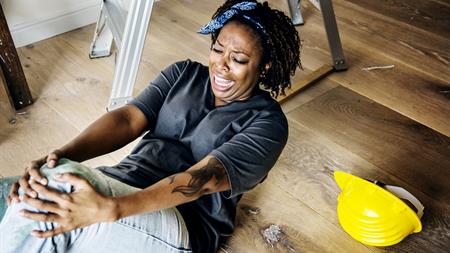 Every year, an average of 4,400 people aged between 25-64 in England die as the result of accidents, including those at work, and there are 240,000 annual accident-related hospital admissions, RoSPA notes in a new national strategy published on 11 October. Although most incidents occur outside work, the knock-on financial effect on businesses is huge.

Safe and Active at All Ages: a national strategy to prevent serious accidental injuries in England includes 25 recommendations for action and encourages employers to recognise the contribution they can make to reduce the number and severity of injuries to workers in their own homes and while taking part in leisure pursuits.

The strategy notes that some high-performing organisations are already exploring out-of-work initiatives to help redress the number of lost working days, reduced productivity and loss of revenue caused by injuries outside work.

"They recognise their corporate social responsibilities and the fact that more worker absences are due to off-the-job, rather than on-the-job, accidents," the strategy says.

Developed by partners including Public Health England and the Royal College of Emergency Medicine, the strategy recommends the collection of data on absence caused by accidents outside work -- either to workers or those for whom they have caring responsibilities -- to develop an evidence base. RoSPA says it would use this data to identify the most effective interventions.

Errol Taylor, RoSPA's chief executive, said: "Throughout the 20th century, UK workplaces made great strides in reducing incidents of injury on the factory floor, on construction sites, in offices and across the range of working environments. However, over the same period, the number of accidental death and serious injury in the home and leisure environments steadily increased."

RoSPA says that businesses with excellent OSH systems are well placed to reduce the burden of serious accidental injuries by applying the same principles outside the workplace.

The strategy also urges action on the management of occupational road risk.