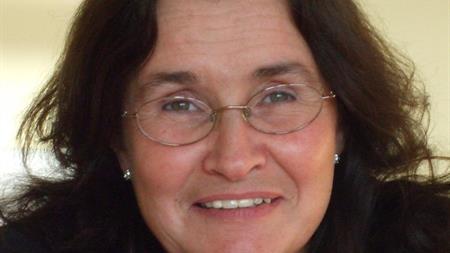 As RoSPA reaches its centenary year in 2017, it's perhaps unsurprising that, through the nature of what we do, the charity has helped to shape the health and safety community and influence health and safety related policy development over the past 100 years.

RoSPA was founded in December 1916 as the London "Safety First" Council, with the purpose of reducing the number of pedestrians being killed by cars during the blackout conditions of the First World War. By creating and promoting "the rule of the footpath", which asked people to walk facing oncoming traffic while on the side of the pavement closest to the road, casualty numbers were cut by around 70 per cent in the space of a year.

Within the first year of its creation the council turned its attentions to workplace health and safety, and RoSPA has been working hard to ensure that every employee gets home safe ever since.

At the hub of RoSPA's work in the field of occupational health and safety is our National Occupational Safety and Health Committee (NOSHC), formerly the National Industrial Safety Committee formed in the 1920's. NOSHC is a voluntary association of people drawn from organisations representing a broad cross-section of occupational safety and health interests, including IOSH. It acts as an advisory committee to RoSPA and assists in identifying ways and means of improving occupational safety and health, and shapes RoSPA policy and key issues.

RoSPA's role as catalyst in developing the health and safety community that IOSH members operate in has been pivotal, and our centenary year provides an opportunity for us to articulate this.

We share the same roots -- in 1943 RoSPA appointed a sub-committee to consider the formation of an 'Institute of Safety Engineers'. This was discussed in great detail by the management committee of RoSPA and, after consideration, the charity suggested the formation of an interim body in the form of an Industrial Safety Officers Section. The inaugural meeting was held in London on April 21, 1945. It was clearly understood that it was an interim body, the main purpose of which was to lay plans for the eventual formation of another body, either separate or as part of RoSPA, which would be able to give its members a professional background!

The RoSPA annual report 1948/49 says of its Industrial Safety Officers Section: "this very live section continues to develop as an autonomous body within the general framework of the society. Its constitution has been amended to include entrance examinations for future applicants. A syllabus is now being prepared as well as a text book for the guidance of candidates. This decision marks a great step forward in the work of giving the Industrial Safety Officer the proper professional standing."

The formation of IOSH in 1953 brought this thread of RoSPA work to fruition, and we have continued to work together as proactive partners since.

In 1947 the Industrial Group Advisory Council to RoSPA, now Safety Groups UK (SGUK), was formed to raise the standard of work in industrial accident prevention by the various groups throughout the country, pooling and disseminating experience and information for the mutual benefit of all groups. And again SGUK, RoSPA and IOSH work together with other key stakeholders to improve standards of occupational health and safety across GB and indeed the wider world.

We have this shared history, and a story to tell in terms of the progress made in occupational health and safety standards here in GB.

In 2011, NOSHC decided to take forward the History of Occupational Safety and Health project in order to create a suitable 'map' of occupational safety and health information sources and materials from an historical point of view, with as many links to original texts as possible. The website, www.historyofosh.org.uk, was launched to mark the World Day for Safety and Health at Work on April 28, 2014. The oldest full text document available is 500 years old -- De Re Metalica by Georgius Agricola, translated from the latin in 1950.

In this, RoSPA's centenary year, we want to celebrate the culture of partnership working that exists here in GB, reflect on the progress made to date, and recognise the work that needs to be done in the next 100 years to tackle occupational ill-health, the challenges linked to our aging workforce, and the unforeseen hazards and risks associated with emerging technologies.