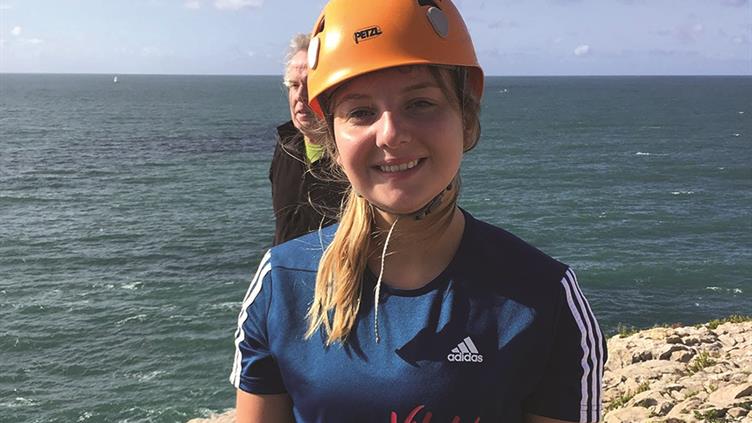 A couple of months later it was my birthday, and my brother bought me a belay course. When you first start top-rope climbing, you do it with an instructor: you have a harness, and you're attached to a rope which goes through an anchor at the top of the wall and is held by the instructor -- or belayer -- at the bottom. The instructor holds the rope while you go up and down the wall, tightening it as you ascend and releasing it on the descent.

If you want to climb without an instructor, you must do a belay course, which teaches climbers how to safely belay each other. We did the course, and I've been climbing since.

There's the first fall. Until you have it, you can really worry about it

I'm quite committed. I go once a week to a climbing centre in Stowmarket, Suffolk, near where I live, and over the years I've become friends with the other regulars. It's really lovely because you get to know people you would never normally meet; you spend lots of time together and climbing gives you something in common, so you form friendships. Five or six of them were also members of a climbing club in Colchester, so after a while my brother and I joined too. 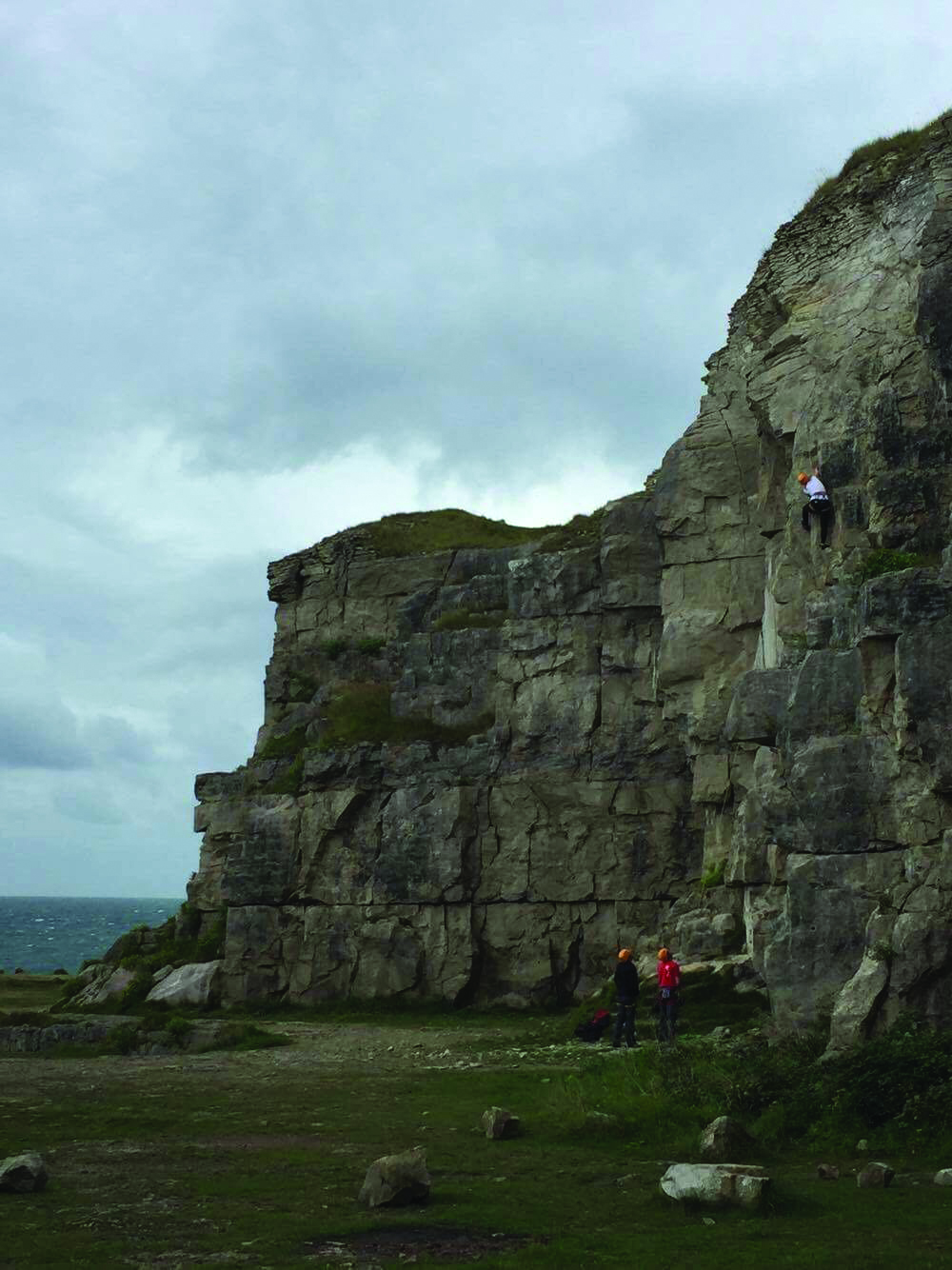 In the past I have tried to share my passion for climbing with my partner and friends by bringing them along to a session, but they haven't always "got it". It's not for everyone and sometimes people find they're not confident enough to give it a go.

I was scared in the beginning. I'm okay with heights, but it took me a while to learn to put my trust in the person holding the rope. And there's also the first fall. Until you have it, you can really worry about it. Then once it happens, you realise it is okay: it doesn't hurt -- or not much, anyway!

I started by doing indoor climbing only with ropes and with bouldering (which is where you climb short distances without a rope or harness), finding holds and solving the "problem" just with climbing shoes and a crash mat below you. I progressed to outdoor climbing club trips about three years ago. Outdoor climbing is very much a summer activity; you can't do it if there has been any rain because it will be too slippery and dangerous, and the equipment will eventually rust.

My most memorable -- and favourite -- climb was the first time I went sea-cliff climbing at Swanage, Dorset. This involves abseiling down a vertical face and then climbing back up. I got down okay and, because I was the least experienced climber in the group, the others went back up first so they could put the rope up and work out the footholds. Unfortunately, while I was alone at the bottom, there was a sudden change in the weather and the sea became very choppy. A massive wave broke several feet above my head, completely soaking me and the cliff. Luckily, I managed to get up the cliff face with all our gear, and as I crawled over the top I was greeted like a hero! 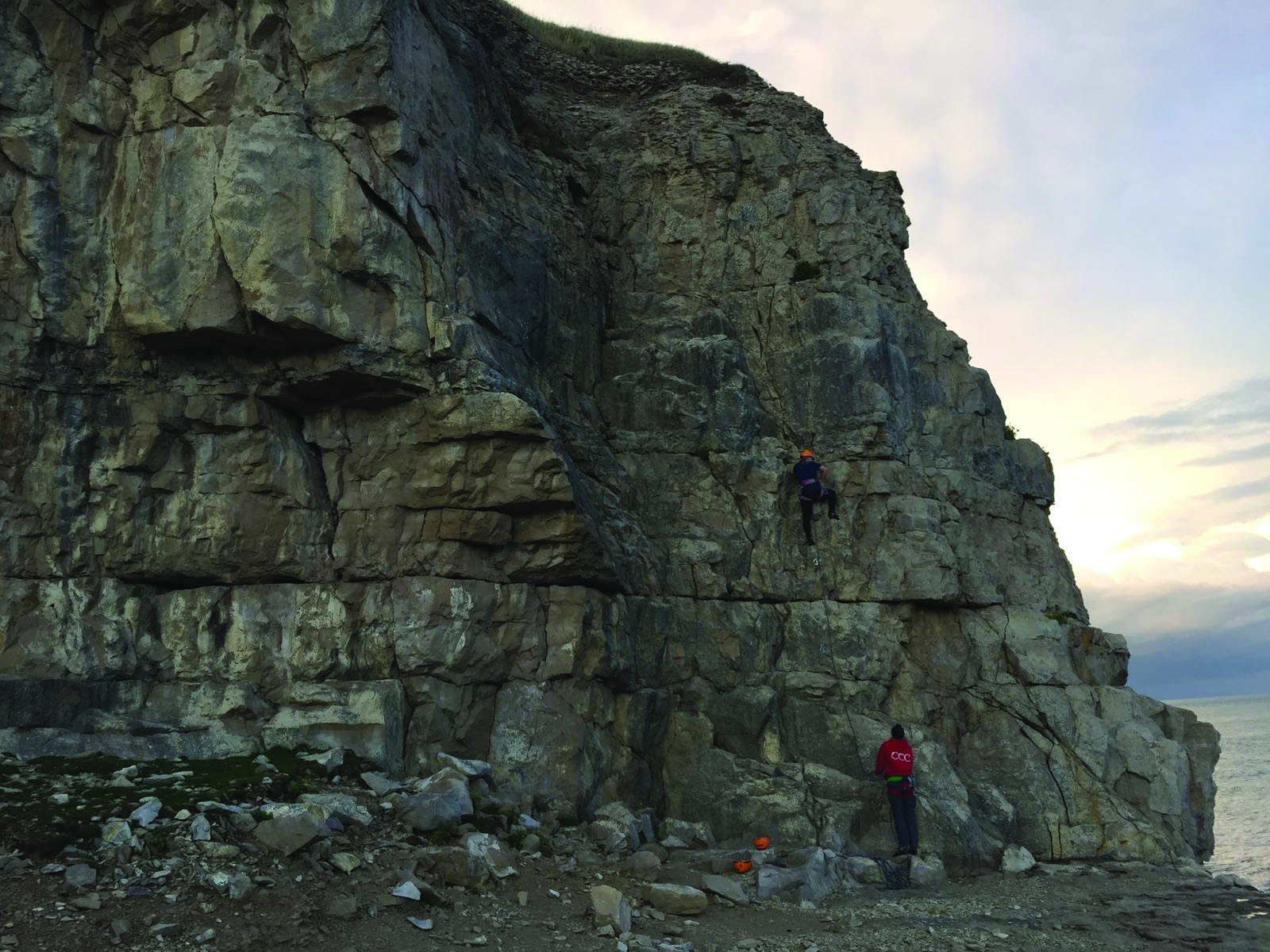 I've been working in the profession for four years now, and you can't switch off health and safety; it takes over your thoughts. It has affected how I approach climbing because I'm very aware about personal protective equipment and assessing risks. But I think everyone who climbs takes care; climbers are very conscientious. The consequences of not taking safety seriously could be so severe that there's no battle to persuade people about the importance of safety, unlike in many day jobs.

My colleagues and head office know that I go climbing, and I think it makes it easier for people to relate to me when I'm carrying out my job: people see that I'm not the fun police.

I still climb mainly indoors, although from time to time I do a trip with the club to an abandoned quarry or somewhere similar, which is a treat. In the future, I'd like to try ice climbing, with axes and crampons. Some people at the club do it -- in Wales and the Lake District, for example -- and hopefully I'll give it a try.

I would definitely recommend climbing as a sport. It's a bit of an escape: you can forget everything else. There's the social side too.

You have to develop some upper body strength and climbing does take it out of your hands. But climbers come in all shapes and sizes, and all ages, from children -- who usually have no fear at all and move up the wall easily -- to even people in their 70s and over.