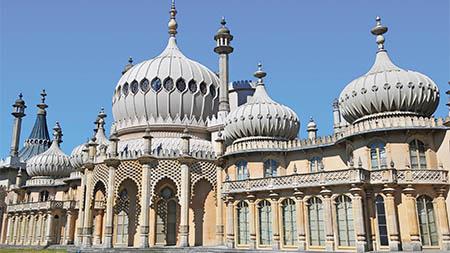 Jon Cooper, partner at Womble Bond Dickinson, argues that specialists in occupational health can play an important role because they can provide courts with more accurate assessments of the risk and evidence of harm, particularly as occupational health-related cases can be contentious.

Speaking on the second day of the British Occupational Hygiene Society's annual conference at the Hilton Brighton Metropole on 3 April, Cooper told delegates that, in every occupational health case he had defended, the prosecution had started with the suggestion that culpability must be categorised as "high".

The reason for this, he explained, was because the breach had continued over a period of time. Cooper said that in asbestos cases, the prosecution would always suggest Level A as the level of harm risked.

Presenting the keynote presentation, he told delegates: "The likelihood of the harm risked occurring is the real battleground, particularly when the risk of harm is in the future."

Cooper pointed to a recent Court of Appeal case that he had defended, which related to the risk of workers being exposed to asbestos fibres during the refurbishment of a London school (bit.ly/2ORrKGk). His client, demolition contractor Squibb Group, had its £400,000 fine reduced to £190,000.

"This was the first time that the court had really been asked to give a view on evidence about the likelihood of the harm risked occurring," he said.

Cooper said the reason the appeal against the sentence was successful was because "the only evidence that the court had as to the likelihood of the harm risked occurring [which would have been Level A harm] came from the defence."

The Health and Safety Executive (HSE), he said, had asserted that because asbestos was present, the risk was likely to occur at some time in the future, but "there was no evidence of this".

Cooper added: "The [Court of Appeal] said, 'You've got to look at it on pure evidential basis and if the best evidence available is in the form of data from published studies and epidemiological studies, then there's no reason to disregard or reject it because it is evidence'."

The Court of Appeal, he added, had said that the rational approach was for the court to look at that evidence when determining the likelihood of the harm risked occurring.

"What I see emerging from that is a much greater role in the criminal process of occupational health experts who can look at the risk and provide that sort of evidence."

Cooper warned that the stakes were "far too high" to let it go and be dealt with by way of submissions. "The court wants to hear evidence on it," he said. "What is the real consequence in terms of future harm of this exposure, of this failing?"

Looking at how the Sentencing Council guidelines had been applied to occupational health cases since its introduction in February 2016, Cooper said it was difficult to understate the impact they had had on the sentencing of health and safety prosecutions in general but "in terms of occupational health cases", [hand-arm vibration] was where "the impact has been the most dramatic".

He gave the example of Rolls Royce, which had been fined £60,000 at Derby Crown Court in August 2013, to underline how fines had risen significantly.

The manufacturer had failed to manage the risk of hand-arm vibration exposure over a 20-year period so "the culpability would have been high", he said. A large number of workers were exposed to the risk and there was actual harm, so this would have been Level B, he added.

Cooper said: "If you look at the failings, had they been dealt with [under the new regime], it is highly probable that the fine would have been in the order of £1m plus."

On future trends, he said that, although it was unlikely in the next few years, it was impossible to rule out the HSE prosecuting when companies failed to protect employees' mental health.

"Remember, it's about risk not causation," he said. "So, if there is evidence of failings on the part of an organisation and they are exposing an employee to risks of mental as well as physical health, why couldn't you bring a prosecution?"