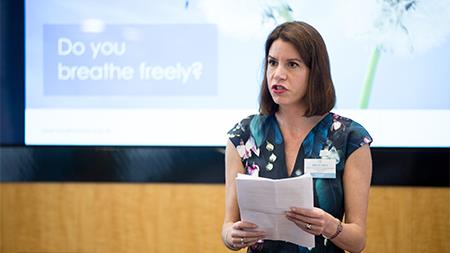 The chartered society for worker health protection has identified the sector's welders as a group at particular risk of developing serious lung conditions from inhaling hazardous fumes, gases and dusts.

Welding is one of the top ten causes of work-related cancer and is estimated to cause around 150 deaths a year in the UK, says the BOHS. It also estimates that 40 to 50 welders are hospitalised with pneumonia as a result of breathing metal fume at work each year, with two deaths annually linked to the condition.

The BOHS estimates that there are around 190,000 workers in the UK who weld. Of these, 73,000 are professional, skilled welders while the remainder are semi-skilled or unskilled welders who carry out welding as part of the job.

In addition to work-related cancers, welding is also linked to serious health conditions, such as asthma, chronic obstructive pulmonary disease, metal fume fever and effects on the nervous system. It can also cause short-term irritation of the throat and lungs, and reduce lung function.

Karen Bufton, BOHS president said: "Workers are still being exposed to high levels of welding fumes and gases because in some workplaces, either there are no controls in place, inappropriate controls are being used, or the controls provided are not being used properly."

She urged employers to ensure the right controls are in place and are being used properly. One example is the use of local extraction systems with moveable arms, which are frequently used by welders in manufacturing. To be effective as a control measure, the local extraction systems need to be positioned close to and directly over the source of the fume.

The second phase of the BOHS's Breathe Freely campaign is run in partnership with the EEF, the Health and Safety Executive, the Trade Union Congress, the Welding Institute (TWI), JCB, Toyota and BAE Systems and will operate concurrently with the original campaign focus, which is on the construction industry.