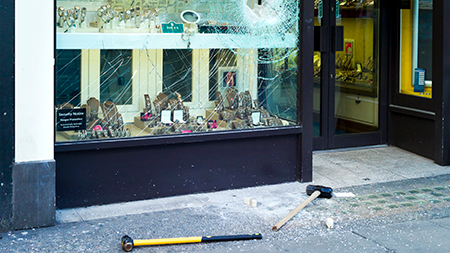 The research, undertaken by City, University of London, uses data from the retail union Usdaw, industry bodies and government figures and calls on the government to urgently protect employees and to send a clear message that violence and verbal aggression will not be tolerated on the high street.

The Co-op-funded report -- part of the grocer's Safer Colleagues, Safer Communities campaign -- also found that the rising number of crimes against shop workers has hit a five-year high. More than 42,000 assaults or threats were recorded in the industry in 2018, with 115 colleagues physically attacked every day, with many more verbally abused and threatened.

"The strain of constant abuse and fear of physical violence is causing some shop workers to change their shift pattern, their place of work or, in the worst cases, terminate their employment entirely," the report said.

Criminologist Dr Emmeline Taylor, the report's author, set out seven key recommendations for action to tackle assaults and abuse against shop workers, including:

"Multiple data sources show that the frequency and severity of violence towards shop workers is increasing," said Dr Taylor. "Often ignored as 'retail crime' and therefore somehow victimless, let's not forget that behind each and every statistic is a person who has directly experienced violence or verbal abuse while simply doing their job. The accounts provided in this study by victims highlight that more needs to be done to protect shop workers.

"There are several actionable recommendations for the industry, government and communities that, if implemented, I believe will begin to reverse the upsurge in violence occurring in our shops. But tackling violence requires long-term meaningful investment in communities coupled with an effective criminal justice system that works to address the root causes of crime. Violence is preventable, not inevitable."