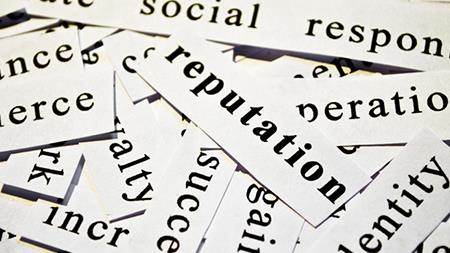 Its latest Global Outlook report (bit.ly/2sOgOjx) finds that reputational risk, such as that presented by safety and health, environmental and data security failings, moved into third place in the concern ranking, behind operational risks and emerging technologies. It did not even appear in the top ten in 2016.

Respondents report that they expect reputational and brand risk to have the second-biggest impact on their businesses' growth over the next three years.

"The impact of social and mainstream media spreading damaging news on a global scale and at a pace never seen before, is well understood by CEOs," says KPMG.

The report is based on a survey of 1,300 of the most senior officers in companies round the world.

Three-quarters (74%) of the executives surveyed say they are placing more emphasis on building trust in their organisations and a similar proportion (72%) believe that making their companies more empathetic would be associated with higher earnings.

"Companies today are increasingly realising that building trust is consistent with their business objectives," says KPMG.