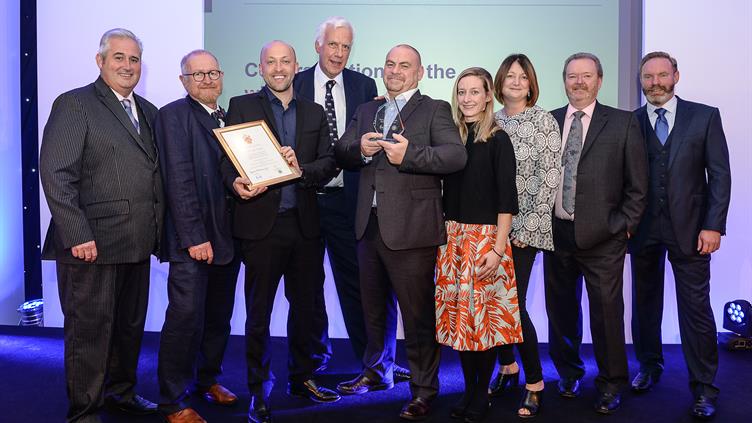 The organisation introduced its 'Engagement Project', a scheme which saw the introduction of safety learning opportunities (SLOs) as a way of ensuring that issues were reported and acted on appropriately.

Following a trial at one of its Norfolk sites in January 2015, the scheme was rolled out across all sites, the last one being completed in April 2017. Since its inception, employees have completed more than 2,500 SLOs, which has coincided with a ten per cent reduction in its accident frequency rate.

The gong was awarded on Tuesday 10 October during the National Food and Drink Manufacturing Health and Safety Conference.

In the nomination, Jeff Marston, Group Safety and Environment Manager for AB Agri, said: "We have 1250 employees across the UK and Europe. Our workforce are our eyes and ears when it comes to reporting and correcting unsafe acts and conditions but without the right systems to support this we lose this valuable input.

"Our staff have progressed on their journey to make theirs and everybody else's life safer. It takes all of us to create a safe working culture and personal goals are our tool for thinking about how we can all play a part.

"By using the engagement method we have over 1,250 pairs of eyes targeting safety improvement and developing leaders regarding health and safety in this business."

The nomination added that the forms are "simple, bright and easy to use" which provide sufficient detail to act on the concerns raised. It also said it was a "proactive rather than reactive measure" in that it raises issues before near misses or accidents occur.

Two other organisations received accolades in the awards.

Allied Bakeries London, winner of the 2016 first prize, was rewarded for a project to reduce the risk of incidents involving vehicles and pedestrians in its warehouse.

The organisation created two new job roles which were specifically detailed to assess and reduce risk. The two employees in those roles have introduced a number of initiatives including amending the warehouse layout and adding more prominent reversing beacons and noises to vehicles.

Green Isle Foods meanwhile also received an award for a number of schemes: one reducing flour dust in one of its plants; and three others which helped to eliminate the risk of manual handling injuries.

The conference was held at the Oxford Belfry in Thame, Oxfordshire, on 10-11 October.