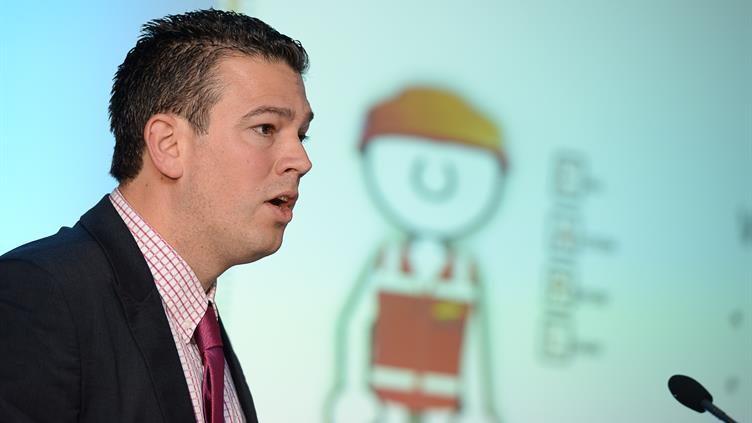 Since its introduction, the system called Carl (call, action, report, learn) has led to a 50 per cent reduction in 'close calls' at Colas Rail.

The firm was presented with the main gong at in the Institution of Occupational Safety and Health's (IOSH) annual International Rail Awards.

The app allows anyone working on Colas sites to report a close safety call. Once a report has been made, safety advisers and project managers receive email alerts in real time to enable action to be taken.

Other features of the app, which can be used by Colas staff, its supply chain and closest client members, include recording safety conversations between managers and supervisors and dust assessments.

The app was introduced in December 2015. In that time, there has been nearly 700 safety conversations recorded, while more than 3,500 close calls have been reported and actioned.

The awards were presented at IOSH's Rail Industry Conference. Dave Leach, development manager at Colas Rail, gave a short presentation on the app to delegates.

He said: "The benefits of the system are simple. If people spot something which they are concerned about, we want them to be able to report it.

"It is a real-time reporting app which goes straight to the system. It is assigned to a relevant person and acted on. The person who has done the reporting is always able to get feedback on the actions taken."

Two other awards were handed out. Rail construction contractor Morgan Sindall received an accolade for a fatigue management system which they introduced for employees.

After a study showed that night-shift workers are far more likely to experience fatigue, intervention strategies were introduced. This included providing advice on sleeping patterns and nutrition. They have also introduced the sleep monitoring bands on a number of projects which are regarded as safety critical to ensure workers carrying out tasks which are risky are as alert as possible.

The other award went to Network Rail for a speed warning system it introduced on its vehicles. Delegates at the conference heard that it had been a huge success and had the added bonus of reducing its overall fuel bill.

The IOSH conference was held at the Nottingham Belfry on Thursday 9 November.

Keith Morey, Chair of IOSH's Railway Group, said: "I would like to congratulate the three winning entries and thank all organisations which submitted an entry.

"The standard of entries to this year's awards was very high. There was a distinct level of innovation and it clearly demonstrates the real drive for protecting the workforce in the industry."