Report: Injuries down in US meat and poultry industry, but hazardous conditions remain 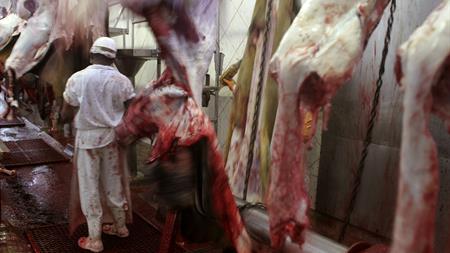 The Workplace Safety and Health report cites data from the Department of Labor (DOL) which shows that rates fell from an estimated 9.8 cases per 100 full-time workers in 2004 to 5.7 in 2013.

GAO's analysis of data from the Bureau of Labor Statistics (BLS) found that while injury and illness rates have declined in the meat and poultry industry, those working in the meat sector sustained a higher estimated rate of injuries and illnesses than those in the poultry sector, from 2004 until the end of 2013.

However, these figures do not mean that working conditions in the industry have improved due to the challenges the DOL faces in data gathering. Workers "continue to face the hazardous conditions GAO cited in 2005", the report says, with "under-reporting of injuries a major problem".

The GAO reports that the DOL only collects data for injuries and illnesses that result in workers taking time off and it does not include those such as musculoskeletal disorders which are widespread throughout the industry.

"Slaughter and processing of meat and poultry require workers to perform a high number of repetitive motions. Although plants have increased automation, much of the work is still done by hand through the use of saws, knives and other tools," the report says.

As well as musculoskeletal disorders, hazardous conditions include tasks associated with exposure to chemicals and pathogens and dangerous machines and tools.

Traumatic injuries (which BLS describes as those which occur from a single event) were responsible for the greatest number of days away from work in the industry in 2013. These included sprains, strains and tears, with a rate of 25.5 per 10,000 full-time workers, open wounds (14.2), and burns (4.2).

In the same year, overexertion from lifting and repetitive motion was cited most frequently in BLS data as the cause of injuries: 40.1 cases per 10,000 full-time workers. This supports findings from a 2005 GAO report that found back sprains and strains among meat and poultry workers can be caused from lifting heavy objects or repetitive lifting of lighter objects.

Between 2004 and 2013, 151 meat and poultry workers sustained fatal injuries at work, with transportation incidents the most frequent cause of death.

An estimated 526,000 people were employed in the animal slaughtering and processing industry in 2015, the report says. There were 5,350 meat and poultry plants in the US in September last year, 1,100 of which were slaughter and processing factories.