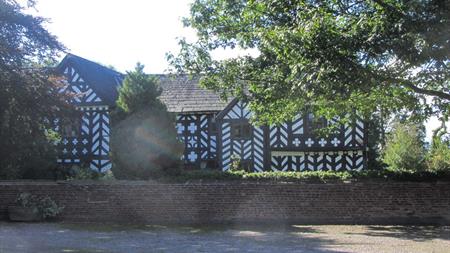 Mohammed Isaq, 56, pleaded guilty to nine charges for breaching the Regulatory Reform Fire Safety Order and for failing to comply with improvement and prohibition notices at Haslington Hall. His company, Haslington Hall Ltd, where he was the major shareholder, admitted the same breaches.

Chester Crown Court was told Isaq previously had to pay a £23,815 penalty after he was found guilty of nine counts of breaching the Regulatory Reform Fire Safety Order in 2012, also at the venue.

The most recent charges relate to Isaq's failure to take general fire precautions to ensure the safety of his employees and the public; failure to review fire risk assessments following a decision to use the second floor of the main hall as sleeping accommodation; inadequate fire detectors, alarms, firefighting equipment, escape routes, signage for emergency routes and exits; and a lack of fire safety training for staff.

Cheshire Fire and Rescue Service served enforcement notices on Haslington Hall when it visited the Grade I listed timber-framed building in 2012, however adequate remedial measures were not taken.

Two years later the fire service visited a structure in the venue's grounds, known as the "Big Marquee", and found "serious" breaches in fire safety. It issued a prohibition notice for Isaq to immediately stop using the marquee, which he ignored on at least three occasions.

The honorary Recorder of Chester, Judge Roger Dutton, told Isaq that the breaches were "flagrant" and put the public at risk.

He said: "These are very serious breaches. After all, should a disaster happen it is the fire service who have to put the lives of their employees at risk to save lives of the public.

"A more flagrant breach of the legislation there cannot be in my view. You simply ignored many of the important aspects of the enforcement notices and completely ignored two prohibition notices -- there to ensure the public is not placed at risk."

Haslington Hall is believed to feature timbers salvaged from ships of the Spanish Armada in 1588.

Isaq was also fined £60,000 in 2014 after pleading guilty to ten food hygiene and two safety and health offences at a separate wedding venue in the village of Hale Barns, Greater Manchester.

Environmental health officers visited the site in 2013 after being tipped-off by a guest and found serious gas and electrical safety failings, as well as a slippery kitchen floor.