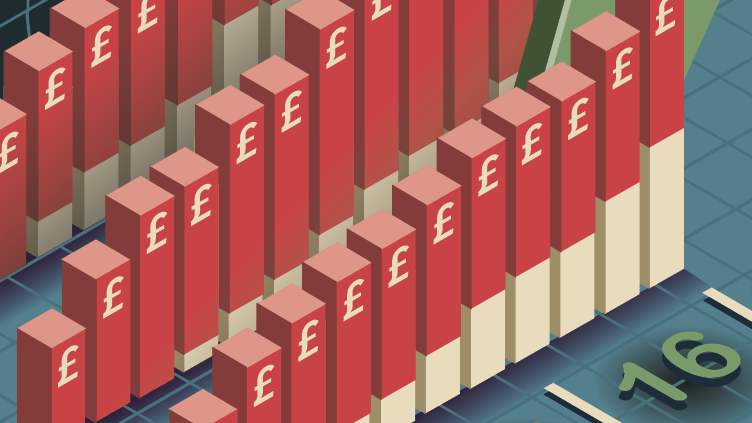 On 1 February 2016, the Sentencing Council's Definitive Guideline for Health and Safety Offences, Corporate Manslaughter and Food Safety and Hygiene Offences (more commonly referred to in the OSH world as the sentencing guidelines) came into force in England and Wales.

A year on, we look at how the courts are interpreting the guidelines and reflect on the effect they have had on sentences for companies and individuals prosecuted for safety and health offences.

The guidelines brought some clarity for those who had long been frustrated about the uncertainty of penalties issued for safety and health breaches.

The upshot was that criminal courts, often used to dealing with individual criminal defendants and low-level corporate offences, were left baffled and there was little consistency or predictability about the size of penalty that a defendant would receive.

Under the new guidelines, this position has changed fundamentally. The courts now have a step-by-step guide for sentencing both companies and individuals for health and safety and food safety offences (see box opposite), though fire safety offences still remain without any guidance.

The Court of Appeal case of R (HSE) v Thelwall last year also made clear that courts must limit themselves to the sentencing guidelines and facts of the case in hand. It stipulated that the previous practice of submitting examples to the court of fines in other cases to assist in sentencing must no longer apply.

The twenty-highest-OSH-fines-2014-2016 table below shows the distribution of the 20 highest safety and health fines imposed in England and Wales for each of the two years before the guidelines took effect and for 2016. It shows clearly that penalties at the top end have risen substantially; only one of the 20 largest penalties in 2014 was pitched above £500,000, whereas all 20 in 2016 were above this figure.

The penalty ranges tied to factors including risk of harm and corporate turnover under the sentencing guidelines may have made fines more predictable. But it is important to note that the guidelines are just that and the court can move away from them. Last year, Tesco and fitness club operator David Lloyd had fines imposed considerably lower than the bracket set in the guidelines to reflect exceptional mitigation (co-operation and good corporate character respectively), showing courts still have discretion to deviate from them if they ensure the fine reflects the gravity of the offence.

Those hoping that old cases yet to be sentenced might avoid the influence of the guidelines are set to be disappointed: R (HSE) v Watling Tyres confirmed that the new regime applies to all cases sentenced after 1 February 2016 (bit.ly/2iO4G9t). By the time of its sentence, the case was ten years old and no good explanation for the delay in prosecution was provided. The defence argued it would be unfair to apply the new sentencing guidelines considering the significant difference in the fine that would be imposed in 2016 compared with the years before. The court disagreed.

It has always been the case that dutyholders are not prosecuted for accidents or work-related diseases but for exposing employees and others to risk; the harm is simply the evidence of the exposure. However, the courts have historically imposed heavier sentences when serious injuries have resulted from a breach. Certainly before 2016 the largest fines imposed in the UK have usually involved fatalities; in 2014, the ten largest fines all involved fatality cases, as did nine out of ten of those in 2015. This may be partly attributable to the fact that the sentencing guidelines which applied at the time centred on cases involving work-related deaths and there was no guidance for those where no harm was linked to a breach.

The new guidelines, however, require that courts factor in the potential for harm as well as any actual injury or disease and the courts are following the guidance. There were two notably large penalties last year -- £3m for oil producer ConocoPhillips (sentenced before the guidelines came into force but after they had been published) and £1.8m for security firm G4S -- where no one had been injured.

The case of R(HSE) v ConocoPhillips (UK) involved a company that the Health and Safety Executive (HSE) described as a "corporate behemoth". In the year before the incident, it turned over £4.8bn (bit.ly/2ik8NyL). The company was fined £3m on 8 February 2016 (but in relation to a sentencing hearing which commenced on 26 January 2016) for gas leaks on one of its platforms off the Lincolnshire coast and then appealed against the sentence. The leaks did not cause any injury but the court said this matter should be fined as a harm category 1 case [see box opposite] because the presence of 66 workers on the platform and the potential for a major explosion created "a high likelihood of serious injury or death being caused and a large number of workers were exposed to that risk". The sentencing hearing in the ConocoPhillips case began before the new guidelines took effect, but at appeal the court tested the fine against the guidelines and found it was appropriate.

The £1.8m fine in a second case, R (Harlow Borough Council) v G4S Cash Solutions (bit.ly/2gY6f55), reflected the fact the company had exposed numerous staff at its office to the risk of Legionnaire's disease after ignoring auditors' advice to fix problems with its water systems that promoted legionella growth.

Leaving aside the influence of the guidelines' requirements for courts to consider the potential for harm and the number of employees or members of the public that could have been harmed, what influence actual injury or, as the guidelines put it, "whether the offence was a significant cause of the actual harm" should have on a sentence, is still being defined in the courts. 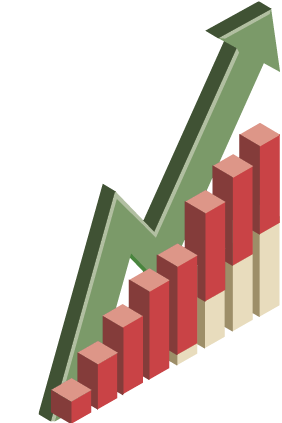 In the Watling Tyres case, the Court of Appeal indicated that "where actual harm is caused (in this case death) it is appropriate to move higher within the [harm] category 1 range". This is arguably different from the wording of the sentencing guidelines which require "consideration" only of moving between the harm categories 1 to 4 or within the penalty ranges for each of them.

In one fatality case heard in 2016, R (Milton Keynes Borough Council) v Travis Perkins Trading Company, in which the company was fined £2m for failing to protect a customer killed by a company vehicle in a store car park (bit.ly/2inrJb0), the sentencing judge took the view that the key to interpreting the harm category section of the guidelines was that of proportionality. If proportionality ("considering in the round") did not require the courts to move the harm category or a bracket at the stage when it considered exacerbating or mitigating factors, there was no need to do so.

Nevertheless, Watling Tyres is the only Court of Appeal case so far to consider this issue, so will still probably be considered binding on lower courts.

Those involved in dealing with cases against individuals have talked about the practical impact on defendants facing allegations that placed them in the "high" or "very high" culpability brackets, regardless of the level of harm alleged.

High culpability for an individual defendant facing a health and safety breach means that, at a minimum, they are alleged to have had foresight of (or a wilful blindness to) the risk but have taken the risk anyway.

At worst, it will be alleged they had an intentional or flagrant disregard for the law. For individuals facing those allegations, they will almost certainly now go to prison, since the lowest category (category 4) is the only bracket where there is no custodial option to the court.

Some defence counsel note that prosecutors are starting their allegations at very high or high culpability and then, only in court, reducing those allegations to a level where the guidelines suggest a fine is appropriate. In view of the fact that these cases can take months (sometimes years) to come to trial, this new threat of going to prison will be hanging over some individual defendants for long periods.

In November 2016, New Earth Solutions Group, a company that had been trading at the time of a health and safety incident but had been placed into administration early in the summer, was sentenced. The company was charged with a breach of s 2(1) of the Health and Safety at Work Act relating to an employee fatality (bit.ly/2jMsr6Q).

The company had been placed into administration but, as it usually does, the HSE obtained the adminstrator's consent to proceed for a prosecution. A guilty plea was entered and the court had to decide how to sentence a company in administration under the guidelines, which are silent on this topic. 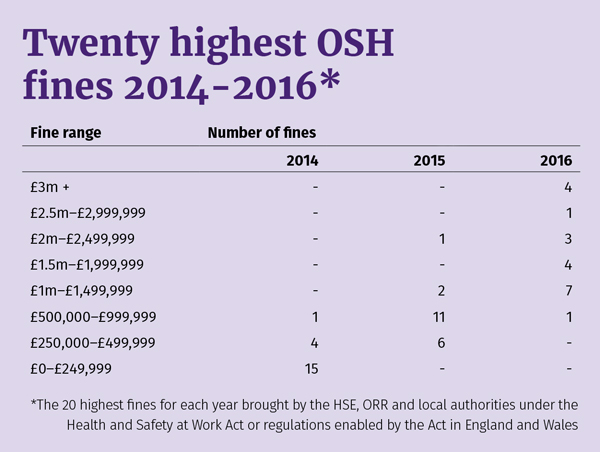 The case of R (Mansfield District Council) v Embrace All, in which a resident with dementia died falling down an internal fire escape at the care provider's home in Mansfield, Nottinghamshire, gives an idea of how the courts are able to use their discretion in deciding the business entity whose turnover will be assessed when fixing a penalty level.

The guidelines say "normally, only information relating to the organisation before the court will be relevant" but note there may be circumstances where "it is demonstrated to the Court that the resources of a linked organisation are available and can properly be taken into account".

Embrace All, which operated more than 50 residential homes, had a £13.2m turnover with a gross profit of £9.3m, putting it in the medium-sized business category (bit.ly/2k4PJkB). Along with its other business units, the Mansfield home was registered as a separate company and the defence argued the court should assess its turnover alone. The judge decided to take into account the income of the group's entire residential care facilities for older people and set a sentence of £1.5m (after a one-third discount for an early guilty plea).

One final lesson from cases to date relates to the guidelines' influence beyond England and Wales, where they have direct application. In November, Scotland's High Court of Justiciary reduced a fine levied on Scottish Power for a scalding at one of its power stations (bit.ly/2j8ovtV). However, when adjusting the penalty from £1.75m to £1.25m, the court rejected Scottish Power's assertion that the sheriff who had set the original fine had been wrong to refer to the sentencing guidelines, saying that it was appropriate for them to be used as a "cross-check" in the Scottish courts.

Thanks to Simon Antrobus and John Williams at Crown Office Chambers and also James Leonard at Outer Temple Chambers for their help in contributing to this article.