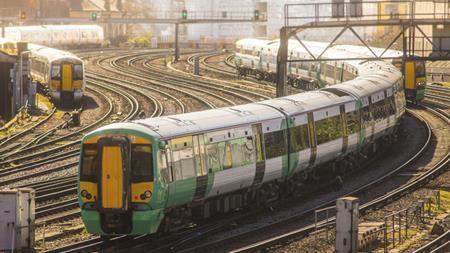 The ORR, whose regulatory remit includes the UK's rail network and the strategic road network, has set out six key objectives for coming 12 months, one of which is a safer railway.

Working alongside National Rail, ORR says it also aims to improve worker safety by prioritising safer access to tracks and stations, better monitoring of bridges, embankments and buildings, and paying closer attention to the training, supervision and monitoring of signallers.

"Signaller competence has generated some recent cause for concern", the plan says, adding that it will "look closely at train operators' systems for working when the network is operating during disruption, or with restrictions (such as failed signals), and how they manage the risks".

"We will work with freight operators to ensure safer loading," says the ORR. "Asymmetric loading can be a particular cause of derailments."

In an effort to improve occupational health, the ORR says it will begin to monitor fatigue among safety-critical workers, and is also working with the rail industry to devise strategies intended to resolve respiratory illness, hand/arm vibration syndrome and musculoskeletal damage.

According to the plan, examining the application of the Construction (Design and Management) Regulations, management of driver competence and signalling compliance will help improve London Underground operator Transport for London's already "impressive safety record".

"Finally," the plan says, "we plan to review and improve our approach to identifying, measuring and managing risk, ensuring compliance and enhancing inspector competence. This will include methods for enhanced analysis and horizon scanning to identify emerging risk. The outcome will be an improvement to our published strategic risk chapters and planning for regulatory intervention."

A record 332 people died on the UK's railways in 2014, the latest year for which figures are available, a rise of 32 on the 2013 total, which was the previous highest in 11 years of monitoring. Suspected suicides accounted for 293 of the 332 deaths and 22 were fatal injuries to trespassers. There were five fatal accidents involving rail workers, including two train drivers killed at level crossings. There were no passenger fatalities for the eighth year in succession.

In her introduction to the plan, ORR chief executive Joanna Whittington says there have been several reviews of the rail network and regulator by bodies including the Department for Transport and the Competition and Market Authority.

"The obligation for the rail industry to improve health and safety on the rail network for passengers, the workforce and the general public remains unaltered," writes Whittington. "Any practical changes arising as a result of the reviews should improve or, at the very least not decrease, the current levels of health and safety inherent in the industry."

In regulating the road network, a role it acquired two years ago, the ORR says that network operator Highways England has a five-year plan that includes a 40% reduction in the number of people killed or seriously injured on highways by the end of 2020 and it will monitor the agency's progress against that target.

The remaining objectives the ORR says it will focus on this year are: better customer service, value for money from the railway, better highways, promoting a dynamic and commercially sustainable rail sector, and high-performing regulation.