R is for risk homeostasis 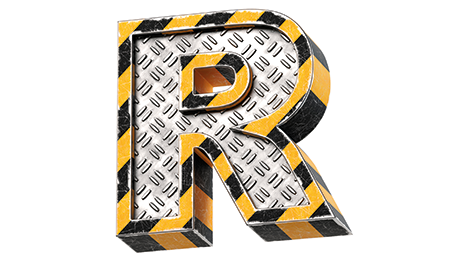 One hundred years later, psychologist Gerald Wilde published a paper in the journal Risk Analysis (1982) which established the term "risk homeostasis" in the safety vocabulary. Wilde stated "that a person while driving a vehicle, while involved in an industrial task or recreational sport, or while making decisions in any other behaviour domain that may have implications for health or safety, is acting in a way that may be understood as a homeostatically controlled self-regulation process. At any moment of time the instantaneously experienced level of risk is compared with the level of risk the individual wishes to take, and decisions to alter ongoing behaviour will be made whenever these two levels are discrepant."

John Adams of University College London refers to Wilde's ideas to argue that rather than making us safer, seat belts and motorcycle helmets have made people drive more dangerously. In an article in the journal Safety Science, published in 1994, Adams argues: "Might you drive a little bit more carefully if you were deprived of the protection of your seat belt? Might you brake slightly more gently or corner a wee bit more slowly if your children were not safely secured in the back seat?" Adams supports his argument with statistics. Between 1988 and 1990 "there was an increase of almost 10% in the numbers of children killed in rear seats". In 1989 it became compulsory for children aged 14 and under to wear seat belts in the UK.

Similar arguments have been made for other safety features in cars, from anti-lock braking and airbags to adaptive cruise control and intelligent speed adaptation. By contrast, in a 2014 article published on the blog site Safety Risk, Wilde suggested that the drop in the accident rate when road traffic in Sweden was switched from left- to right-hand traffic in 1967 was because "the perceived level of risk surged to an unusual level that far exceeded the target level of risk. As a result, Swedish road users took unusually cautious adjustment actions, which in turn caused an unusual dip in the accident rate"
( bit.ly/2SE0Wv2).

Homeostasis in biology refers to the tendency for warm-blooded animals to be able to maintain a consistent core temperature of 37°C, regardless of the external temperature. Similarly, a non-diabetic will maintain a safe blood sugar level. Homeostasis relies on a feedback loop. The body detects a change in temperature or blood sugar level and uses corrective mechanisms. You sweat or shiver, you adjust glucose or insulin.

In the same 1982 publication (bit.ly/2Ydt9ip), Wilde admits: "Whether the ensuing behaviour will have the desired result of re-establishing equilibrium between the target level and the experienced level of risk depends upon the individual's perceptual, decisional, and executional skills."

We do not have the skills to judge risk with the accuracy of a thermostat. The Swedes overcompensated. We don't drive faster with a seat belt on, with the anti-lock braking system engaged or with an airbag in a way that maintains a precise lifetime risk of dying in a road accident of 1 in 240. We assume that provided we behave "safely enough" our risk is zero. A safety feature might allow us to feel we can drive closer to another vehicle or faster, but homeostasis is not the best term for this.

An alternative to risk homeostasis appears in the Handbook of Traffic Psychology, published in 2011. Professor Ray Fuller's task-capability model argues that routine driving includes a margin of safety between task and capability, so that the driver can respond when demands suddenly increase. If the task demands are reduced, for example by using cruise control, there can be a temptation to use a mobile phone because the driver feels they have the capability; they are not calculating the risk.

Although it is important to be aware of unintended consequences when introducing any change to the workplace, and to consider risk compensation as part of the risk assessment of human behaviour, perhaps it is time to put the term risk homeostasis to rest. Many studies have shown that safety benefits are rarely completely cancelled out by overconfidence in new safety measures. Making people more aware of their need to maintain a task-capability gap could be a more useful approach.