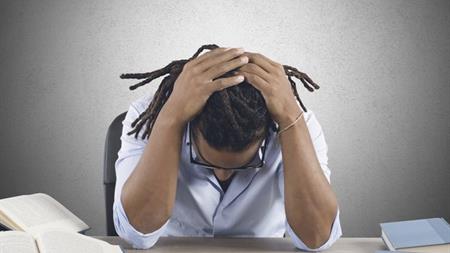 The poll of 1,250 classroom staff found 43% were subjected to physical violence over the past year. Of those who reported violent incidents, 77% were pushed or shoved; 52% were kicked; 50% had an object such as furniture thrown at them; and 37% were punched.

Half the teachers who dealt with challenging behaviour, which also includes stabbing and spitting as well as verbal abuse and (cyber) bullying, said it made them stressed. Forty-one percent suffered from anxiety as a result, while one in ten said they visited their doctor.

Consequently, over a third (35%) of staff considered changing career and 26% looked at moving to different schools.

Pupils' behaviour towards staff has deteriorated over the last two years, according to 45% of respondents. This corresponds with 62% of teachers who said that students are under more pressure to do well in their exams compared with two years ago.

Frequent tests, as well as family relationship breakdowns, a lack of behavioural boundaries at home, and mental health issues were listed by teachers in the survey as some of the reasons why pupils may abuse staff.

Dr Mary Bousted, ATL's general secretary, said: "It is shocking that more than four-in-ten (43%) education professionals have had to deal with physical violence from a pupil in the last year. No member of staff should be subjected to aggressive behaviour, in any form, while doing their job."