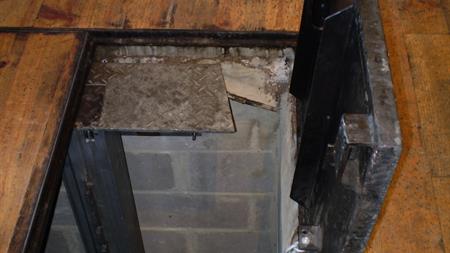 Chelmsford Magistrates' Court was told that the Slug and Lettuce employee was preparing to unload a drinks delivery on 18 October 2017. The internal cellar hatch door, which was open and unsecured, fell shut and he sustained several broken fingers.

The prosecution was brought against Stonegate Pub Company by Colchester Borough Council after an investigation by one of its safety and health officers found the cellar door's gas struts had not been replaced after they were removed in July 2016.

The investigation also revealed goods delivery to the premises had not been risk assessed and there was no edge protection to stop people falling through the hatch 2.38 m to the cellar floor.

Stonegate pleaded guilty to breaching ss 2(1) and 3(1) of the Health and Safety at Work Act and was also ordered to pay costs of £3,792.

The company operates more than 690 pubs and bars in the UK and, according to accounts filed for the year to 24 September 2017, it made a turnover of £697.5m.

Colchester Borough Council said since the accident Stonegate has worked to "ensure all health and safety risk assessments are in place and are followed".