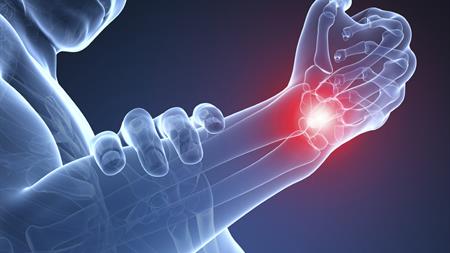 Stoke-on-Trent Crown Court was told that Faiveley Transport had failed to reduce the risk of workers developing hand-arm vibration syndrome (HAVS) after a member of staff reported symptoms of the debilitating condition in 2015. He had been using an air-fed cutting tool to remove rubber seals from train doors.
Another worker later raised concerns that his hands often hurt from operating grinders for up to eight hours a day.
Investigating, the Health and Safety Executive (HSE) said the train refurbishment company had not risk-assessed using the vibrating equipment and had failed to implement a safe system of work. There was no training provision for workers using the tools, nor was there a suitable system of health surveillance in place.
According to the HSE's enforcement database, it served three improvement notices on Faiveley Transport in August 2015, one of which related to its failure to assess the risks of exposing employees to vibration.
The company complied with the notice in November that year after it introduced new control measures, including health surveillance, daily and weekly tool vibration assessments and monitoring HAVS trigger times, which are a measure of how long someone is exposed to vibration.
It now uses a "traffic light system" based on the HSE's points system that warns if an operator has reached or exceeded the exposure action and exposure limit values.
The notice also said the company's operations manager was "working towards implementing a tool 'dispenser' system at the Tamworth site that will monitor when a tool is checked in/out. This system will be linked to an employee who will need to use a personal 'fob' to gain access to the tool."
Faiveley Transport pleaded guilty to breaching s 2(1) of the Health and Safety at Work Act. It was fined £90,000 and ordered to pay costs of £45,000.
After the hearing HSE inspector Theresa Hewkin said: "This was a case of the company completely failing to grasp the importance of HAVS health surveillance.
"If the company had understood why health surveillance was necessary, it would not only have ensured that it had the right systems in place to monitor workers' health but would have identified from the outset that one of their employees had primary Raynaud's phenomenon and should not have been made to work with vibrating tools because of his likely heightened susceptibility."
Topics
Vibration
Manufacturing and engineering
Transport and logistics
News