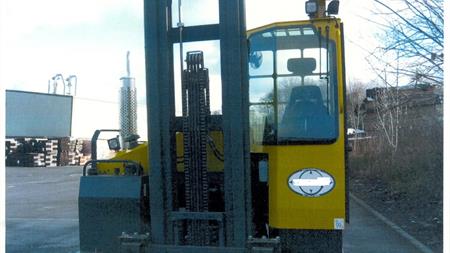 The Palmer Timber employees were walking across the firm's yard at Cradley Heath, in the West Midlands, on 23 February 2015 when a Combilift multi-directional forklift hit them as it turned a corner.

The company pleaded guilty to breaching reg 4, by virtue of reg 17, of the Workplace (Health and Safety and Welfare) Regulations, which covers the organisation of traffic routes.

Wolverhampton Crown Court was told that one worker sustained multiple, life-changing injuries when he was dragged under the vehicle for up to 6 m. He fractured his eye socket and broke his collarbone, which pierced his thyroid. He needed 14 stitches to reattach his left ear and sustained nerve damage that has left him with speech difficulties. He broke an arm, fingers, rib and knee, underwent six skin grafts and lost an artery in his arm. The incident left his colleague with a broken ankle.

HSE inspector Richard Littlefair said a safety and health consultant had raised concerns over Palmer Timber's workplace transport management system on a visit to the site in 2014.

Littlefair said that, although the company had responded to the consultant's concerns by changing the workplace transport speed limit to 16 kph and installing some blind spot mirrors, these measures "certainly didn't go far enough".

He added that the company's safety management system covering workplace transport was inadequate: "[Palmer Timber's] approach at the time was to inform employees on foot in the area to stay 2 m away from any vehicles. This was wholly inadequate for a yard as busy as this."

The forklift involved in the accident was one of several brought in by Palmer Timber to handle long loads after a trial in 2014, despite concerns raised by a number of drivers over a significant blind spot created by the vehicle's mast.

Littlefair said the company had not updated its risk assessment but instructed employees to "lean back and check that the area is clear before moving".

Palmer Timber invested about £1.7m to improve its workplace transport system after the accident. It introduced barriers, walkways and exclusion zones to allow vehicles and pedestrians to circulate safely and devised a staggered delivery schedule to reduce the number of workers in the yard.