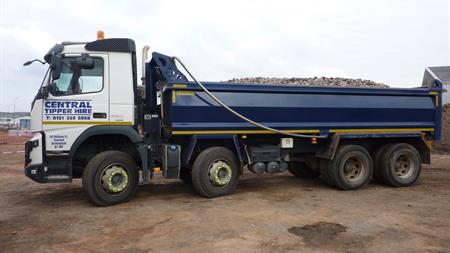 He sustained serious injuries, including several broken bones in his legs and feet and blood vessel damage, and his right leg was amputated below the knee.

MV Kelly was the principal contractor for the Burntwood Business Park development project, where 370 houses were being built.

North Staffordshire Justice Centre was told that on 15 October 2015 several tipper trucks were delivering material to the site and the drivers were being directed by workers on foot.

The injured ground worker was walking along a haul road to attract the attention of one of the drivers when he was struck by a tipper truck.

The Health and Safety Executive found it was accepted practice to walk on haul roads and the traffic management plan was out of date.

It said the site had no access control and its walkways were insufficiently protected.

MV Kelly pleaded guilty to breaching reg 27(1) of the Construction (Design and Management) Regulations 2015. It was fined and ordered to pay £30,000 costs.