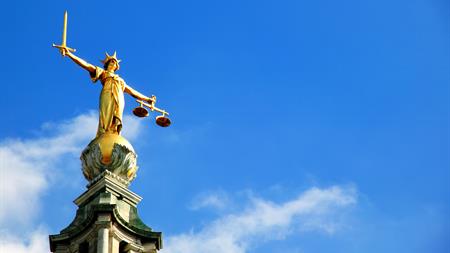 The 20 largest fines imposed on businesses for safety and health offences last year totalled £38.6m, compared with £13.5m in 2015 and £4.3m in 2014, according to figures obtained by IOSH and law firm Osborne Clarke following a Freedom of Information Act request.

Since 1 February 2016, when the Sentencing Council's Definitive Guideline for Health and Safety Offences, Corporate Manslaughter and Food Safety and Hygiene Offences came in to force, there have been 19 fines of £1m or more. In 2015 there were just three fines that exceeded £1m and in 2014 there were none.

Not all fines in the 2016 top 20 involved a fatality. The guidelines state that a large fine can also be handed down in the event of an injury, or if there was a substantial risk of injury or death.

For example, Alton Towers amusement park operator Merlin Entertainments was fined £5m -- the highest financial penalty of 2016 and the UK's third largest safety fine -- following a crash on its Smiler rollercoaster on 2 June 2015. No one died but 16 people were injured, five of them seriously.

And film production company Foodles Production was ordered to pay £1.6m for safety breaches after Hollywood star Harrison Ford sustained a broken leg and dislocated ankle when he was crushed by a hydraulic door. The accident, which the Health and Safety Executive said could have resulted in more serious injury or even death, happened on 12 June 2014 while the actor was filming Star Wars: the force awakens.

Most fines imposed by courts in 2016 related to safety and health offences which took place before the guidelines were introduced.

Mary Lawrence, a partner at Osborne Clarke and an IOSH Council member, said: "The increase in fines being issued by the courts demonstrates a desire to drive the message home the ensuring health and safety within a working environment is fundamental. So while fines regularly exceeded the £1m mark last year, we can expect to see even larger fines going forward.

"I see many businesses who focus on the safety and health of employees and others experiencing a broad range of benefits, including being better placed to attract and retain talent, scoring points in procurements processes for valuable contracts or even when seeing external investment."

To mark the first anniversary of the new guidelines, IOSH and Osborne Clarke have produced a new report. Health and Safety Sentencing Guidelines One Year On analyses information from the FOI request, explores the guidelines' impact, and offers advice on how to prevent serious breaches that lead to fines. Visit: www.iosh.co.uk/sentencingguidelines

Shelley Frost, executive director of policy at IOSH, said: "Whilst you cannot put a value on human life, the level of fines now being handed out recognises society's disapproval of serious corporate failures that lead to injury, illness and death. It reflects a desire to deter others from making the same errors and takes significant steps forward in aligning penalties for these offences with other regulatory breaches in the UK.

"Protecting employees and others affected by a business's operations will not only eliminate the risk of a large financial penalty but can also be key to ensuring and maintaining an organisation's strong reputation and ultimately contributing to its success."