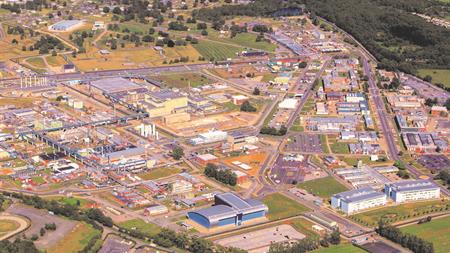 The Office for Nuclear Regulation (ONR) investigated the electrical incident, which took place during routine testing on 27 June 2017. The AWE, which works under contract to the Ministry of Defence, employs scientists, engineers and specialists at the Berkshire site to work on the UK's Trident nuclear warheads.

The BBC reported that ONR inspectors had raised concern about the safety of staff involved in electrical work two years earlier.

The AWE, which pleaded guilty to offences under s 2(1) of the Health and Safety at Work Act at Reading Magistrates' Court in September, told the sentencing hearing on 9 November that it "deeply regrets" the injury to the staff member and that it did not meet its "usually high standards".

In a statement, the AWE said a full review of electrical safety processes and systems across its sites had since been carried out, with "actions being taken to minimise the risk of recurrence".

Donald Urquhart, ONR's deputy chief inspector and director of operating facilities regulation, said: "This relates to a conventional safety hazard and should have been avoided -- and indeed would have been -- had the right procedures and processes for safety been in place. Fortunately, in this case the individual involved was not seriously harmed but easily could have been."

Urquhart added that the AWE had demonstrated its commitment to make substantial improvements in electrical safety. "I have a team that inspects the site and they will monitor progress towards achieving the standards we expect", he added.

The AWE must also pay £26,097 costs. The establishment is operated by AWE plc, a consortium of Jacobs Engineering Group, Lockheed Martin UK and Serco.