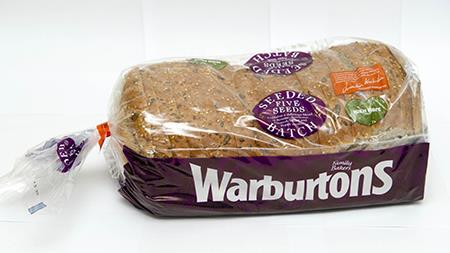 Nottingham Crown Court was told that on 4 August 2015 Thorpe had been working at the company's factory in Meadowbank Way, Eastwood, and checking dough as it dropped into tins.

As he cleaned away dough that had fallen between the tins, his arm became caught in a 40 mm gap between a running conveyor belt and moulder.

According to reports, the emergency stop button had failed to halt the conveyor belt, which ceased operating only when another worker put his hand in front of the laser sensor.

CCTV footage seen by the Health and Safety Executive (HSE) showed engineers dismantling part of the machine to release Thorpe. The HSE said Warburtons should have fitted local guarding to prevent access between the conveyor belt.

The company pleaded guilty to breaching reg 11 of the Provision and Use of Work Equipment Regulations, which requires employers to prevent access to dangerous parts of machinery, or to stop such equipment from operating before workers enter the danger zone. Warburtons was fined and ordered to pay full costs of £21,460.

It is the second £1m-plus fine to have been handed to Warburtons this year.

In January the company was fined £2m after its failure to comply with the Work at Height Regulations led to an employee falling 2 m as he cleaned a mixing machine at the Wednesbury plant in the West Midlands.

HSE inspector Edward Walker said of the latest accident: "Warburtons failed to guard the machine sufficiently to prevent access to the running conveyors, which in this case would have prevented the injuries."