Protecting workers and public the focus of Farm Safety Week 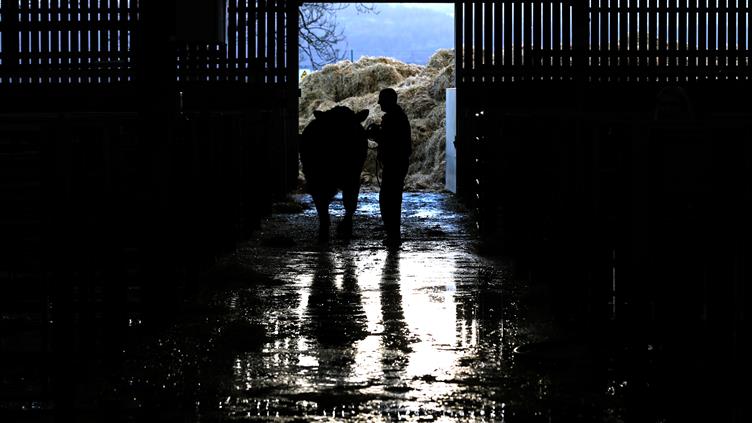 Risks associated with machinery, transport and livestock will be among themes, as will the effects of falls and incidents involving children on farms.

Recently-published figures revealed that 27 workers were killed in work-related incidents on farms in Britain between April 2016 and March 2017. In addition, three members of the public died as a result of injuries sustained on farms, including a three-year-old child.

Alan Plom, Vice-Chair of the Institution of Occupational Safety and Health's (IOSH) Rural Industries Group, said this demonstrated the need for a continued focus on safety on farms.

He said: "Farming is an industry which has many inherent risks. As in many other industries, deaths and serious injuries are avoidable. The consequences of accidents can be much more serious because people are working alone and often in remote places.

"During Farm Safety Week, we work together with other key organisations to raise awareness of this sad state of affairs and to promote how, with strong risk management procedures and just by stopping to think for a few seconds, we can protect workers, their families and other members of the public on our farms."

This is the fifth year that Farm Safety Week has been run by the Farm Safety Foundation. It is supported by a number of other organisations, including five national Farm Safety Partnerships, national regulators and other partners, including IOSH. This year, it is timed to coincide with the Royal Welsh Show.

The agricultural sector accounts for a large proportion of workplace deaths. In Britain in 2016-17, there were 7.61 deaths per 100,000 workers -- 18 times higher than the national all-industry average. Only waste and recycling had a higher rate.

Organisers of Farm Safety Week have searched the UK and Ireland to gather inspirational stories, which support the theme 'farm safety is a lifestyle, not a slogan'.

It will be publishing material on this theme throughout the week, while people in the industry are being encouraged to wear 'Yellow Wellies' lapel badges. People can also follow @yellowwelliesUK on Twitter and use the hashtag #FarmSafetyWeek.

Case studies and links to relevant guidance will also be published on the IOSH Rural Industries Group's microsite during the week.

Stephanie Berkeley, from the Farm Safety Foundation, the charity behind Farm Safety Week, said: "Farming as an industry is absolutely vital to the UK economy: it is the bedrock of our food and drink industry.

"On a farm, as with any business, the number one resource is the people, so why is it that year-on-year we are seeing these hard working and dedicated people suffering life-changing and life-ending accidents?

"Many farmers think farm safety last rather than farm safety first, but most of these accidents are avoidable.

"Unlike other occupations, farmers don't normally retire at 65 and often work well into their 80s. Simple factors such as habit, haste, fatigue and improperly-maintained machinery contribute to this perfect storm. This Farm Safety Week we hope that by hearing the stories of other farmers who have had personal experience of farm accidents, we can get farmers of all ages to realise that this week -- and every week -- farm safety is a lifestyle, not a slogan."

The longer-term skin cancer risks of rural workers' exposure to the sun will also be highlighted in handy pocket cards developed by IOSH's No Time to Lose campaign to be handed out free at The New Forest and Hampshire County Show from 25-27 July.

Research commissioned by IOSH for No Time to Lose found that malignant melanoma kills nearly 50 people each year in the UK because of exposure to solar radiation at work, with 240 new cases being registered. One of the key sectors at risk is agriculture.