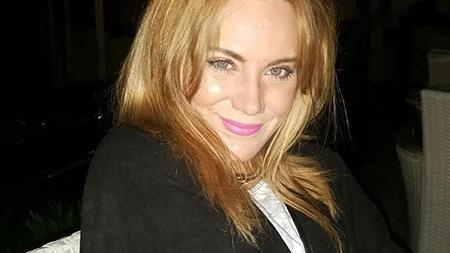 Tahnie Martin, 29, was hit by the panel outside Wolverhampton's Mander shopping centre on Dudley Street on 23 February.
International building management company Cushman and Wakefield Debenham Tie Leung had been the managing agent for the building since September 2012. The disused water tank housing that the panel came from had not been inspected or maintained at all during that period.
William Humphries, health and safety enforcement lead at the City of Wolverhampton Council, which brought the prosecution, said: "This was despite the structure being visible from the window of their offices [and] from the carpark."
Cushman and Wakefield had pleaded guilty at an earlier hearing to breaching s 3(1) of the Health and Safety at Work Act and was last week fined plus ordered to pay costs of £375,000.
As part of the investigation, the council commissioned an expert to examine the water tank and cover, who found that the panel had blown away because of the lack of maintenance which had resulted from wet rot and corroded defective fixings.
In addition, despite it being the "industry norm" to paint exposed softwood every three years to prevent it rotting, a forensic paint expert confirmed the wooden fixing pads had not been painted for 20 years.
Humphries said: "Although there was a storm that day, this was not a freak accident. Tahnie's death was due to the lack of maintenance of this building [-¦] This could have so easily been an investigation into multiple fatalities."
According to the judge's sentencing remarks, the heavy wooden panel and other large wooden items "were simply blown away" in 59 mph winds as the parts intended to secure them to a brick structure on top of the plant room roof were "entirely" rotten and corroded.
Mrs Justice Carr said: "A long section of plinth which should have been securing the water tank cover was found flapping in the wind. It fitted along one edge of the panel that had struck Ms Martin. The wooden cover should have been secured by a hasp and staple arrangement, with the staple screwed to a fixing pad secured to the brickwork below, with the hasp passing over it. A nut and bolt would then pass through the exposed staple to secure the arrangement.
"However, the hasps and staples were corroded and the supporting timber was visibly rotten. Some pads crumbled to the touch. In some cases, the staple had simply pulled out of the rotten pad, removing the wood with it. In other cases, one or more metal components remained.
"The wooden cover on the ventilation duct had flown a significant distance. It should have been secured to a wooden sill secured to the brickwork below. However, the wooden sill was rotten and the metal fixings corroded."
After the incident Cushman and Wakefield set up a working group to ensure that risks arising from structures such as those on the plant room roof could not be missed in future. It developed new working procedures, improved its quality management system and made repairs to the building itself.
When setting the level of fine, the judge determined that culpability was medium, the seriousness of harm risked was level A, and the likelihood of it arising was medium. The offence therefore fell into harm category 2 before it was moved up to harm category 1 to reflect the large number of people who were exposed to the risk of harm. (CCTV footage showed that five minutes before the accident 88 adults, three teenagers and ten children passed by.)
The judge set a starting point of £2.5m because she said Cushman and Wakefield fell into the "large organisation" turnover range. This was reduced to £1.3m upon recognition of its good health and safety record, cooperation with the investigation, remedial action and early guilty plea.
Topics
Safe systems of work
Construction
Retail
News