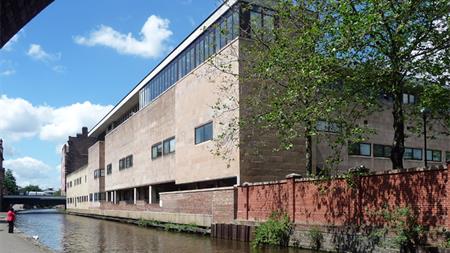 CDF Properties Investment was fined £80,000 and ordered to pay costs of £12,700 earlier this month by Nottingham Crown Court after it pleaded guilty to breaching reg 4(1)(c) of the Work at Height Regulations.
The company's director, Claudio De Falco, admitted contravening the same regulation and was handed a £40,000 penalty plus £6,350 costs.
De Falco's friend Dennis Parker, 68, was up a ladder with a chainsaw felling a dead sycamore tree on Ebers Road, Nottingham, on 27 September 2017.
He cut a branch, which then swung back and struck him, knocking him on to a rockery 4 m below, Nottingham Post reported.
He was taken to hospital but died from his injuries two weeks later.
The Health and Safety Executive (HSE) said Parker had not used ropes to anchor himself into the tree.
Its investigation found the handyman had not been provided with the correct personal protective equipment, nor had he been trained how to safely operate a chainsaw. In addition, the work had not been properly planned.
HSE inspector Giles Martin said after the hearing: "Using chainsaws on and in trees is a specialised task and should only be carried out by trained and competent people using the right PPE for using the saws and climbing trees.
"Falls from height remain one of the most common causes of work-related fatalities in this country and the risks associated with working at height are well known."
Topics:
Personal protective equipment
Safe systems of work
Work at height
Agriculture and forestry
News