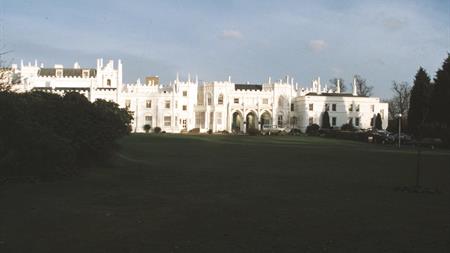 The London-based company, which had a turnover of almost £134m for the year ending 2017 and is therefore classed as a "very large" organisation under the safety and health sentencing guidelines, now faces an unlimited fine.

Sarah Le Fevre, prosecuting, said the starting point for the penalty would be £2.4m, according to reports.

The Health and Safety Executive (HSE) carried out an investigation into The Priory after 14-year-old Amy El-Keria was found hanged in her room at the group's private psychiatric hospital Ticehurst House, East Sussex, in 2012.

The prosecution is thought to be the first of its kind. The charity Inquest, which has provided support for Amy's family, described it as a "historic moment in terms of accountability following deaths of children in private mental health settings".

Brighton Magistrates' Court was told that Amy was deemed at high risk of self-harm and suicide when she was admitted to Ticehurt's specialist child and mental health high dependency unit on 24 August 2012.

On 12 November that year Amy was found with a scarf tied around her neck in her bedroom. She was taken to Conquest Hospital in Hastings but died the next day.

An inquest in 2016 found The Priory had failed to meet Amy's care needs or to manage the risks she faced properly.

The jury concluded that staffing levels were inadequate, and that workers had not called an ambulance or administered cardiopulmonary resuscitation (CPR) quickly enough.

Staff lacked knowledge of or training in basic policies on all key areas of day to day care and risk planning, it found.

Victoria McNally, senior caseworker at Inquest, said: "The government must now review whether The Priory is fit to receive such significant public expenditure for the provision of children's specialist mental health care."

Sentencing is due to take place at Lewes Crown Court on 6 February.