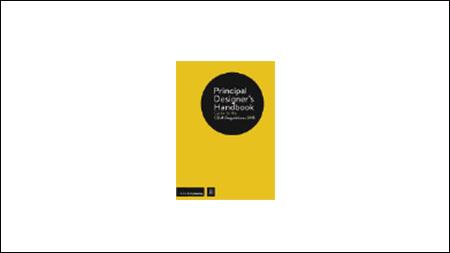 The introduction sets out who can be the principal designer, what skills, knowledge and experience they need and what happens when one is not engaged. It also provides a working explanation of what "so far as (is) reasonably practicable" means in the context of CDM 2015.

The handbook uses coloured diagrams and flow charts to illustrate the relationships between the dutyholders on a project and how the principal designer role is discharged as the project progresses from inception to completion and beyond. It explores the question of the need for the role in the defects liability period and in rectifying defects afterwards.

Chapter 2 addresses the detail of the principal designer role. This discusses the design process, the practical response to the regulations' design risk management challenge, the information that should be provided and in what form. It considers the proportionality of response by designers and the balance of risk elimination/reduction against other factors influencing design choices.

Chapter 4 provides template documents produced by practitioners that can be adapted for use on projects. Whether the documents are used in the format provided or used as checklists, this is a useful resource for practices starting out in the provision of principal designer services and for those wishing to benchmark their internal documentation against what others are doing.

The handbook highlights the differences between who the principal designer is or should be and how the role is discharged for commercial and domestic clients. Chapter 1 also addresses the situation where "formal designers" (architects) are appointed by a domestic client for a "plans only" service and how the principal designer role is discharged after the planning application is submitted.

The book finishes with an overview of the roles of the other dutyholders involved in a project, followed by a discussion on training and development for principal designers and where they can find support and advice, including a list of other publications. Section 5.9 addresses getting support from a CDM adviser and the functions they can discharge.

The APS Principal Designer's Handbook provides practical guidance in an accessible document that can be read through for an understanding of the role or be consulted for the detail of what needs to be done to ensure that construction workers are not harmed by their work.