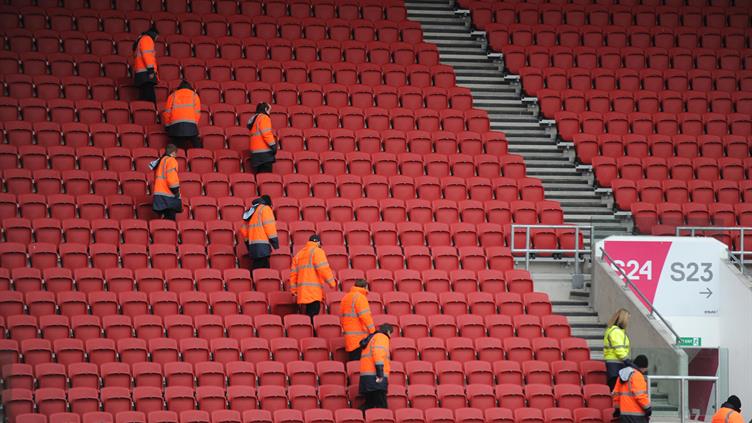 The IOSH Sports Grounds and Events Group has reiterated the need for proper planning and assessment of risks around any sporting or public events following the conclusion this week of the fresh inquests into the Hillsborough disaster.

Sports ground safety expert John Holden, a past chair of the group and former IOSH president, said: "Since Hillsborough, sports ground safety has moved on a long way in terms of the systems that are in place. We've seen improvements in crowd control and a host of new all-seater stadia built.

"Nevertheless, ground safety operators need to ensure they carefully document their planning process, have proper written procedures in place and take a careful, thought out response to deal with events or incidents as they arise. They also need to log everything that happens so they have a trail back as to what decisions were made, why they were taken and what the pressures were at the time."

The inquests into the Hillsborough disaster concluded that the 96 football fans that died in a crush during a 1989 FA Cup semi-final between Liverpool and Nottingham Forest at Hillsborough stadium, in Sheffield, had been unlawfully killed.

The jury found match commander, Chief Superintendent David Duckenfield, was "responsible for manslaughter by gross negligence" due to a breach of his duty of care, and that police errors caused a dangerous situation at the turnstiles for fans.

The behaviour of Liverpool fans was not to blame for the disaster, the jurors concluded. The victims' families had campaigned for 27 years for such a finding.

Among the other conclusions reached by the jury were defects at the stadium, including calculations over crowd capacity, contributed to the disaster; there was an error in the safety certification of the Hillsborough stadium; and that club officials should have requested a delay in kick-off.

Following the conclusion, John, who is secretary of the Rugby League Ground Safety Officers Association, said: "There has been an improvement in training -- ground safety officers are now expected to have a Level 4 NVQ in spectator safety management, for example -- and match day safety has become much more professional. We still need, however, to make sure the right standards of safety are being met.

"Ground safety officers are very much reliant on their teams. Stewards need to relay information to them so they can make the right decisions."

He added: "It doesn't matter what the sport is, you should start planning beforehand and look for evidence to inform any decisions.

"Whether it is reviewing old safety reports from match days, enquiring about the recent behaviour of the home and away fans or having discussions with the emergency services, it is all important.

"I also carry out pre-match inspections and look for any issues, such as signs of damage or poor housekeeping, which can be changed before the match. A full debrief after the game is also a must."

The Hillsborough Family Support Group previously backed a call by the IOSH Sports Grounds and Events Group for tighter crowd controls at music and sports events in the UK.

The call highlighted a need for formal safety and health training for stewards, better management of crowd flows and the retention of all-seater stadiums.