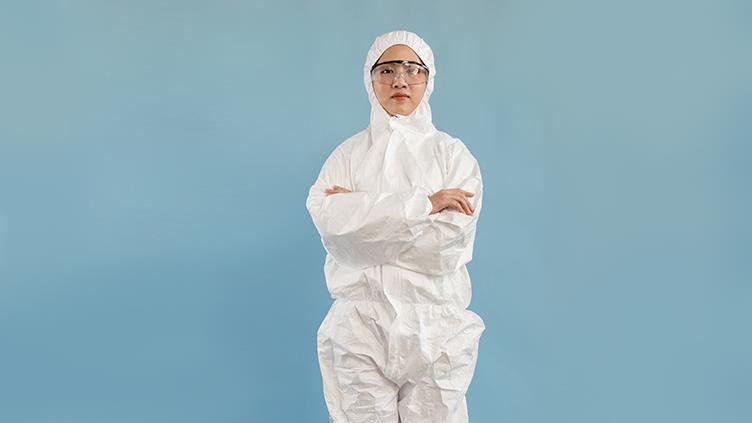 Humans have been making equipment to protect themselves for thousands of years. There are numerous examples throughout history -- many related to warfare. Even in this field there are examples of provision for women, perhaps most famously Joan of Arc, who was provided with a suit of armour by Charles VII. And yet, almost 300 years into the industrial era, the provision of personal protective equipment (PPE) that genuinely takes into account the needs of a female workforce is still shockingly poor.

The Maid of Orleans' suit was made to measure, but most workplace PPE is based on generalised anthropometric data. If you are outside the 5th or 95th percentile, your hope of finding anything to fit is low, whether you are male or female. There is anthropometric data for people throughout the world, though much of this data is old and does not fully reflect modern body frames. But it does cover male and female bodies and it shows clearly that women are not just small men.

Women's feet aren't just smaller but are narrower, so a size "small" men's safety boot is unlikely to fit a female foot. The same is true of safety gloves. If they are not designed specifically for women the palm area will be too big and the fingers too long and wide. Anthropometric data is also limited to a few metrics and does not provide a complete anatomically accurate picture. 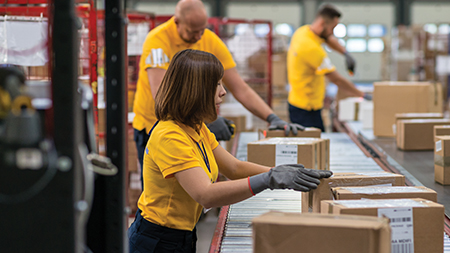 Another challenge is that standards written for PPE often fail to take into account female users. Safety and health is an area with a predominately male demographic -- though that is changing -- so there is lack of diversity on the committees that write these standards. The committees also rely on that anthropometric data, with its limitations. The outcome is that the codes PPE manufacturers must comply with often restrict the ability to make PPE that is suitable for women.

The 2006 Canadian report Personal Protective Equipment for Women -- addressing the need (bit.ly/2OoICGh) reported that the Canadian Standards Association had "revised its safety footwear standards to allow shoe makers to manufacture Grade 1 boots in narrower widths without sacrificing the level of protection offered to workers with small feet-¦ These changes have had a positive impact in increasing the availability of women's safety footwear."

Similarly, PPE designers and those who test PPE are mostly men. Though they can follow the requirements of anthropometric data, or the standards, they may fail to consider the practical implications for women. If we are to tackle some of these causes of poor PPE for women we need more women to contribute to standards making; we need manufacturers to employ, or at least consult, women at the design and testing stages.

The final barrier to better choice for women is economic. The provision of a suitable selection of PPE is market driven -- the economics of cost versus return. In simple terms, until recent decades there was little money to be made in PPE for women.

There was a surge in women entering the workforce from the 1960s to 1999 when female participation in the US workforce peaked at 60%. Now the global labour force participation rate for women is 50%, compared with 76% for men. Where women workers are in the majority, the provision of PPE designed for them is significantly better, for example in healthcare or in the equine industry, or in countries such as Sweden where women are more evenly represented across all sectors.

The challenge arises in those industries where women are under-represented. There, market forces determine that provision of a comprehensive selection of PPE for women is economic. If the female workforce is restricted to a single supplier, as is often the case with employer procurement contracts, it can be a challenge to find PPE that fits correctly. Most of the large suppliers in high-income countries do now provide some sizing for women but the choice is limited. This negates the "personal" in PPE, since women are unable to find the equipment that fits them and is comfortable.

Here the internet offers a solution. Employers that allow their workforces to source their own PPE that fits well -- with guidelines on cost and requirements -- can greatly increase the engagement and compliance. Sourcing from countries with a better range, or even different industries -- the equine industry has a good range of steel toecap boots for instance -- can be both practical and cost effective. 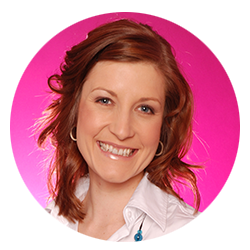 Good fit is an essential component of PPE effectiveness. Fit affects comfort which, in turn, affects compliance levels. No-one will be happy to wear something uncomfortable. Worse, ill-fitting equipment can increase safety risks and even cause ill health. Overalls, trousers, gloves that are too long or baggy can create tripping, entanglement, dexterity and contamination risk, as wearers roll or even tape or tie up legs or sleeves.

"I stuffed cotton in the fingers, put tape at the wrist, and tacked the top with staples to stop sparks getting down the sleeve," said one female worker of the adaptations she had to make.

Ill-fitting and heavy boots, breathing apparatus and body protectors can give rise to chronic musculoskeletal disorders. Poor fitting PPE can also be a source of bullying and harassment. In 2016 trade union Prospect, Women in Science and Engineering, the Institution of Mechanical Engineers and the Trades Union Congress (TUC) conducted a survey exploring PPE provision for women in the UK. It found that not only did PPE hamper their work, create discomfort and injury, but 28% of respondents reported that they had been subjected to derogatory comments as a result of ill-fitting PPE, such as: "'You look like a kid playing dress-up", "Are you wearing your dad's clothes?" and "Here comes the elephant".

More worrying are the reports of women covering the costs of PPE themselves, taking sickness leave or changing jobs due to embarrassment or lack of consideration for normal biological changes such as pregnancy and menopause.

Samantha Lushtak, a consultant for certification body BSI working in the US, recalls having to buy three pairs of safety shoes when she was pregnant.

"My employer at the time had a policy which was to buy one pair annually unless they clearly needed to be replaced. Because my feet were growing and my body was changing so rapidly, I needed wider and wider shoes with more and more arch support, and ultimately needed something that would slip on instead of lace-up -- an ergonomic concern. By the second pair of shoes,

I was purchasing them for myself out of my pocket to avoid the awkwardness of explaining what was going on to my facilities manager."

Lushtak was also in charge of an emergency response team and had to stop taking part in the drills and responding to incidents because the level B suits became too hot to wear and her face was changing so much that she could not be confident the mask on her self-contained breathing apparatus still fitted a few months after her fit test.

Heat stress is a known risk associated with PPE use. It can be heightened for women, not just during pregnancy but when the menstrual cycle increases core body temperature. This heat stress risk can become even more acute during the menopause. The report by Prospect et al found that 21% of women wore PPE during the menopause. Of these, 38% had curtailed their duties and 4% had changed roles as a result of problems with PPE.

The Health and Safety Executive told IOSH Magazine that all these examples "clearly show that a 'one size fits all' approach does not work for the provision of PPE. It is a specific requirement that PPE should take into account the ergonomic requirements of the person who may wear it and we would anticipate that individual circumstances are taken into account before PPE is supplied." 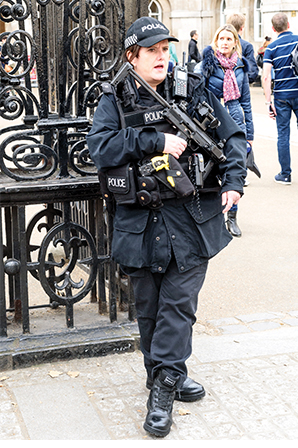 Body protectors and stab vests for workers at risk of attack can pose extra problems. The 2017 TUC guidance document, Personal Protective Equipment and Women (bit.ly/2NcoHpy), reported: "In 1997 a woman police officer was stabbed and killed while using a hydraulic ram to enter a flat. She had removed her body armour because it was too difficult to use the ram while wearing it. Two years later a woman police officer disclosed she had to have breast reduction surgery because of the health effects of wearing her body armour."

Though some stab vests come with formed panels for women's breasts, they take a one-size approach, and ignore other variables such as torso length. Nor do they allow for biological changes -- breasts can become larger and more tender during the menstrual cycle and pregnancy -- and finding a comfortable vest after a mastectomy can be impossible.

The same TUC guide also reported on the UK Coastguard Rescue Service's one-piece overalls: "They make it very inconvenient for female coastguards to use the toilet while wearing them. There is a double zip at the front, which is great for males, but for female coastguards it is very impractical to go to the bathroom. It isn't just a matter of having to take off the overalls to use the bathroom. The overalls form a base layer over which several other pieces of PPE are often worn, such as foul-weather clothing, life jackets, climbing harnesses etc and it is a major operation to have to strip these all off in order to remove the overalls."

Again, these challenges can be heightened during the menstrual cycle, pregnancy and menopause when there is often a need to visit the toilet more frequently to change sanitary wear or from pressure on the bladder.

For employers, PPE is at the bottom of the hierarchy of controls, so the most effective solution is to remove the need for it wherever possible. If that isn't possible, it is the organisational culture and effective consultation and participation of the workforce that removes barriers, such as discrimination or embarrassment (real or perceived). These principles are clearly stated in ISO 45001, the new global standard on OSH management. Organisations that implement the standard will empower their workforces to participate in good safety and health. If women are participating in identifying hazards, assessing risks and opportunities, the need for better female-specific PPE will be identified and employers will have a responsibility to supply it. This in turn will drive the market.

Join the debate and share your stories on social media #WomenPPE