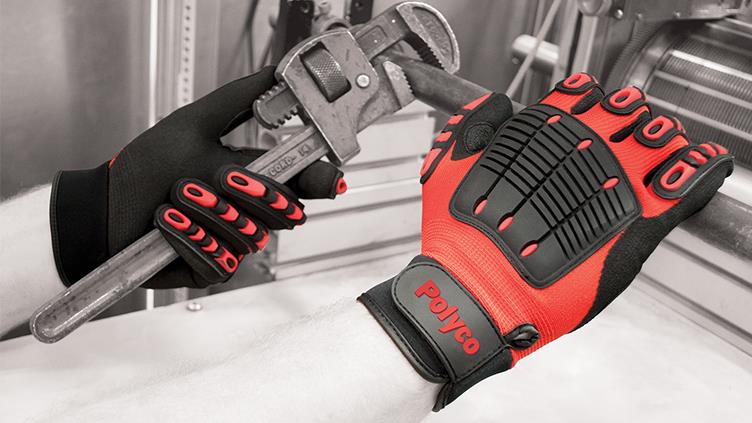 The revised EN 388 standard, which was released in November 2016, is intended to bring the standard for safety gloves up to date with developments in cut resistant fibres.

The results of tests for these factors are then translated into the performance rating of the gloves -- a number from zero to four for puncture, tear and abrasion, and zero to five for cut resistance.

The standard attempts to reflect the hazards that glove wearers are likely to face in the widest range of handling tasks in the broadest range of industries. Printing the performance level on each glove makes it easier for anyone procuring hand protection to assess the suitability of a glove for a particular task. 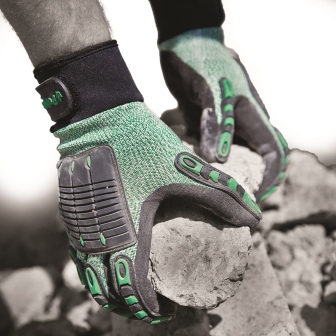 The coup test -- from the French couper: to cut -- has been used in EN 388 assessments for more than ten years and is carried out by a machine that measures a material's resistance to a cutting blade. It simulates repetitive cuts on a particular fabric or metal in the same position using a constant force. This is done using a blade similar to a pizza wheel, a counter-rotating circular cutter that moves backwards and forwards across the fabric until it is cut through.

The number of cycles the machine completes before cutting through the fabric and also a cotton reference fabric is then used to determine the cut index. From this, the manufacturer derives a performance level between zero and five for the glove.

The coup test is a suitable test for low cut-resistant materials. But in the past ten years fabrics containing cores of materials such as steel or glass fibre have been used more widely in gloves for hazardous environments where workers encounter jagged materials (as in demolition) or where they are routinely using handheld blades (in slaughterhouses, for example).

These materials blunt the coup machine's circular blade and are not renewed between tests. Of course, if you use a blade that is blunted by the material it is testing, it will be impossible to calculate the cut index of the material accurately. As a result, the coup test has become recognised as imprecise for testing materials containing steel or glass fibres.

The alternative to the coup test is the TDM (Tomodynamometer) test, which involves a different cutting method. This method is included in the ISO 13997 standard and uses a blade similar to a razor blade instead of a circular one. Rather than applying the same force over and over, the TDM test uses increasing amounts of force over a 20 mm cut length. This exposes the fabric to conditions that are more likely to mirror the type of cut hazards in the workplace, where rotating circular blades are seldom found.

The biggest advantage of the TDM test, however, is that a new blade is used every time, so avoiding the blunting or dulling of the blade that occurs in the coup test. Determining a cut level and reporting the performance, therefore, will be more accurate for a glove that would blunt the coup test blade.

The change of cut test in EN 388 will not change the inherent protection that the gloves provide to the user and it also will not change the types of gloves that are on the market. The need for proper risk assessments and hand protection assessments to really determine the kind of gloves employees need and the hazards they face remains unchanged. But the test change might help to ensure employees are wearing the right kinds of gloves for the job.

Because the test reflects the materials used in the making of modern gloves, the assessment to determine the right gloves for the hazards facing the wearer should be better and the cut rating should be more accurate. That could lead to a more appropriate glove being used which, in turn, keeps employees safer.