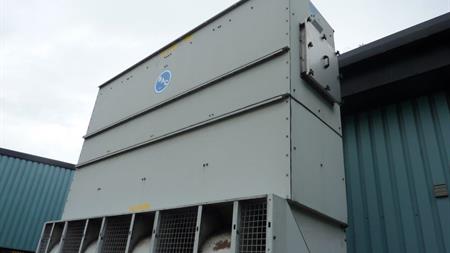 The incidents took place in the same 12 months at Faltec Europe's plant in Boldon, Tyne and Wear.

The Health and Safety Executive (HSE) said Faltec's failure to manage the water cooling system on its premises allowed legionella bacteria in the factory's recirculating water system to grow to "potentially lethal levels" in 2014 and 2015.

Then, on 16 October 2015, a 19-year-old operator sustained first degree burns to his face and arm after a flocking machine exploded.

The HSE had served 14 enforcement notices on Faltec since 2013, six of which related to legionella bacteria and fire or explosion risk.

Michael Kingston, one of the HSE's investigating inspectors, told IOSH Magazine that the regulator had been in contact with the company two years before the Legionnaires' disease outbreak. He said it was handed an improvement notice in 2013 relating to damaged drift eliminators on two of its cooling towers.

The HSE also wrote to Faltec warning it of "dead legs" in the system, where stagnant water creates conditions in which legionella can grow. The company told the HSE it had removed all the dead legs. But Kingston said: "In reality they hadn't. When the investigation started after the outbreak, we found evidence of some longstanding dead legs and they were continuing to generate new ones as well."

An agency worker was the first to be infected in October 2014. She was put in a medically induced coma and kept in hospital for 17 days. Another agency worker, two employees and a local resident contracted the disease in May 2015.

Kingston said the HSE and Public Health England took samples from the water system in the plant and DNA-tested the bacteria with samples taken from those who were infected. "It was found to be exactly the same DNA strain so that conclusively showed that the Faltec water system was the source of the outbreak."

The HSE's investigation found the biocide level in the water system was at zero during some periods. "The biocide dosing system was pretty poor," said Kingston. He added that Faltec had tried to blame this failing on the contractor engaged to monitor the dosing system. "That didn't wash with us and it didn't wash with the judge either," he said, as the contractor had communicated its concerns to Faltec regarding effectiveness of the system and the low biocide levels.

Faltec immediately began shot-dosing the water system with high levels of biocide to counteract the bacteria that had been found. It also decom¬missioned the four open water cooling towers and brought in a temporary closed-loop system to ensure that manufacturing continued at the factory.

Five months later, the HSE revisited the factory to investigate an explosion inside one of its machines that deposit flock (small fibre particles) on to rubber car window seals. The 8m-long machine consists of an electrostatic grid, which charges the flock so it sticks to wet adhesive before the excess is removed in the air blast unit.

A part had fallen off the assembly line but, as the operator entered the air blast unit to retrieve it, it touched the grid. This generated a spark which caused the flock to explode. The flames shot out of an opening in the unit and burned the worker.

Investigating inspector Fiona McGarry said: "The machine itself just wasn't safe. Faltec Europe's Japanese parent company had supplied the machine and it wasn't built to European standards. After the accident they had to make a lot of changes to it."

She told IOSH Magazine the company later installed an explosion suppression system on the machine and fitted an interlock guard on the air blast unit to prevent workers entering while the static grid is charged. It introduced a safe system of work and improved training for machine operators.

Faltec Europe's 2017 financial statement, filed at Companies House in April, said its director had forecast the fine for the two incidents to amount to £1,638,000 based on legal advice. "There is then the opportunity for the amount of the fine to be appealed," it said. Faltec has been granted permission to take the case at the Court of Appeal.