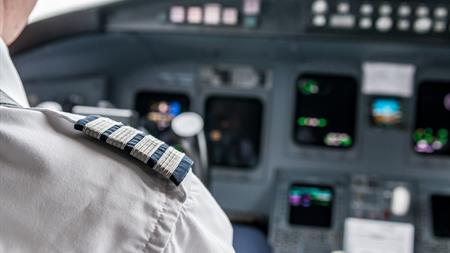 The joint study, conducted by the University of Stirling in Scotland and the University of Ulster in Northern Ireland, says there is a "clear link" between exposure to polluted air and several health conditions.

Unfiltered air is supplied (or bled) to an aeroplane cabin's ventilation system from the engine compressors and can become contaminated as engine oil leaks over the engine seals and enters the compressor air.

The study looked at more than 200 aircrew, including pilots and flight attendants, who had been subjected to contaminated cabin air. Scientists found a pattern of acute and chronic conditions, from headaches and dizziness to respiratory and vision problems.

The experiment saw Susan Michaelis, of the University of Stirling's occupational and environmental health research group, Vyvyan Howard, professor of pathology and toxicology at the University of Ulster, and Jonathan Burdon, a consultant respiratory physician in Melbourne, Australia, conduct two independent surveys to review the circumstances and symptoms of pilots and cabin staff.

The first survey found 88% per cent of 274 pilots polled were aware of having been exposed to contaminated air while flying.

In all, 63% reported immediate (acute, occurring during the flight) to long-term (chronic, lasting for more than six months) health effects; 44% reported acute or short-term effects (lasting for days to weeks); and 32% reported medium-term (lasting for weeks to months) chronic effects consistent with suspected contaminated air exposure.

Thirty-six (13%) pilots had experienced chronic ill health that meant they were no longer fit to fly.

The second study identified symptoms of both pilots and flight attendants based on the analysis of 15 oil leak incidents, which occurred in the cockpit, cabin, or both when the aircraft was preparing for, or in, flight.

It found that 93% of these incidents led to symptoms ranging from in-flight impairment to incapacitation and almost 75% included adverse symptoms in more than one crew member. Nine pilots became unfit to fly.

The incidents occurred in seven different aircraft. The research paper Aerotoxic Syndrome: a new occupational disease? highlights that all current aircraft use the bleed air system to provide cabin ventilation, except the Boeing 787.

Howard said: "What we are seeing here is aircraft crew being repeatedly exposed to low levels of hazardous contaminants from the engine oils in bleed air, and to a lesser extent this also applies to frequent fliers.

"We know from a large body of toxicological scientific evidence that such an exposure pattern can cause harm, in my opinion, explains why aircrew are more susceptible than average to associated illness. However, exposure to this complex mixture should be avoided also for passengers, susceptible individuals and the unborn."