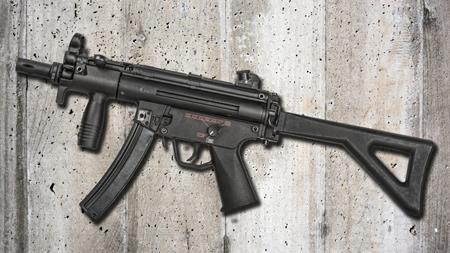 The firearms officer was performing light duties while recovering from an injury. He and a colleague were using a hydraulic shear to destroy weapons and dispose of them.

The two workers were destroying a submachine gun when it kicked up under the shear, trapping the injured officer's right index finger against the underside of a combine clamp and guard, severing the tip.

According to the Health and Safety Executive (HSE), unfamiliar and hazardous equipment such as the shear was not suitable for use in this instance. The machine's infeed clamp and guard were also not properly adjusted before use. The HSE said there was no safe system of work and officers and staff were not given comprehensive training on how to use the machine until after the incident.

The Office of the Chief Constable of West Midlands Police was sentenced at Birmingham Crown Court after pleading guilty to breaching Section 2(1) of the Health and Safety at Work Act. It was fined £50,000 with £11,558 costs.

Speaking after the hearing, HSE inspector Clive Neil said that machinery needs to be "risk assessed and the findings of the risk assessment incorporated into a safe system of work for using the machinery".