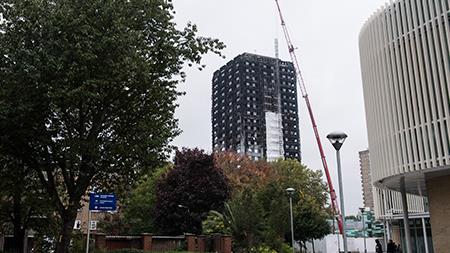 Speaking to the House of Commons at prime minister's questions on Wednesday, May said the government was "minded" to restrict combustible cladding.

"We are meeting our legal duties to consult on these proposals and we will not delay any necessary action," she said.

The statement follows the widespread criticism of former Health and Safety Executive chair and EEF manufacturer's organisation chair Judith Hackitt's report on the fire safety regime, which stopped short of recommending a ban.

Hackitt's review concluded that a new simplified model of fire regulation was needed, clarifying the fire prevention responsibilities of construction clients, designers, contractors and owners and for the creation of a new joint competent authority to oversee the fire safety regime.

She said that a ban on combustible cladding materials was not a solution to the problems of fire risk ownership in tall residential buildings. She told BBC Radio 4's Today programme: "It is about more than simply issuing a ban on certain materials. Cladding is one issue; there are many other features and many other shortcuts out there that could result in other disasters in the future which we need to address as part of this. It needs a whole system change."

But her failure to advocate a ban drew condemnation from organisations such as the Royal Institute of British Architects, which described the report as a "major missed opportunity", criticising the restriction of its recommendations to buildings over 10 stories and its failure to push for mandatory sprinkler systems as well as a combustible cladding ban.

Immediately after the report, the housing secretary James Brokenshire announced that the government would consult on a ban on combustible insulation and cladding materials and the prime minister's latest statement reinforces the likelihood of future restrictions on their use.