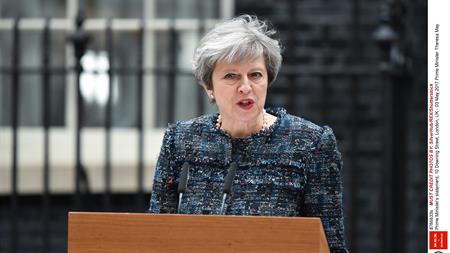 Announcing the reforms, May said at the weekend the Conservatives would amend the Equality Act to protect those with mental health conditions from being discriminated against at work.

The plans would involve scrapping the current rule that protects employees from discrimination only if they have suffered from a mental illness continuously for more than 12 months, as this fails to take account of intermittent conditions such as depression, anxiety and bipolar disorder.

A new Mental Health Treatment Bill would take the place of the existing Mental Health Act 1983 in an effort to tackle the overuse of police cells to detain vulnerable people without reason.

The pledge would also require large companies to train mental health first responders in addition to traditional first aiders, and would see 10,000 more staff hired to work in the NHS mental health services by 2020.

May said: "I am pledging to rip up the 1983 Act and introduce in its place a new law which finally confronts the discrimination and unnecessary detention that takes place too often. We are going to roll out mental health support to every school in the country, ensure that mental health is taken more seriously in the workplace, and raise standards of care with 10,000 more mental health professionals working in the NHS by 2020."

The move has been welcomed by training provider Mental Health First Aid (MHFA) England, whose chief executive Poppy Jaman, said: "MHFA England has a mission to train one in ten of the population in mental health first aid skills and the working population will be an important audience to reach if we are to achieve that goal. First aiders are a legal requirement in workplaces and schools and we believe that mental health should be treated equally to physical health."