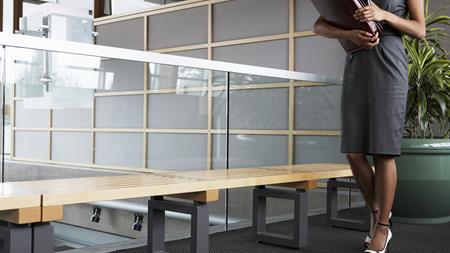 The order came into effect on Sunday (24 September) and mandates employers to implement the use of "practical and comfortable footwear". It says they can no longer compel staff to wear heeled shoes that are higher than 2.23 cm, unless the workers choose to do so.

The move, which the country's labour unions have hailed as a victory against sexism, will most likely benefit shop assistants, hotel receptionists and flight attendants who spend long periods standing.

Alan Tanjusay, a spokesperson for Associated Labour Unions, told news agency AFP: "It's a form of torture. It's a form of oppression and slavery. Imagine having to endure that pain for eight to ten hours a day."

He added: "It's also a form of sexism because culturally employers say women wearing high heels look taller and sexier and are then more attractive, more effective in selling products. They don't know the women are suffering."

The Philippines' Department of Labor and Employment said that standing up in high-heeled shoes throughout the working day causes sore feet, aching muscles and "hazardous" pressure on joints. It said shoes should not pinch or slip, should support the arches of the feet and be either flat or with a low, wide heel or a wedge.

The department has also advised employers to give workers such as shop assistants rest periods or chairs to reduce the time they spend on their feet.

In July, researchers at the University of Aberdeen in Scotland published a study in which they found a link between wearing high heels and an increased risk of developing musculoskeletal disorders.

In the UK, the government rejected calls in April for a total ban on the practice.