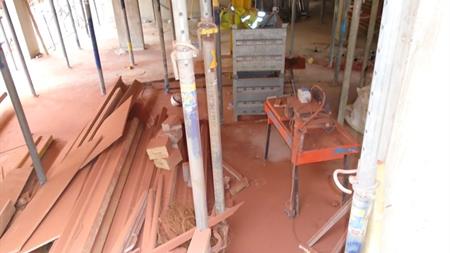 MY Construction & Carpentry was refurbishing a building in Netherall Gardens in north London when the Health and Safety Executive (HSE) carried out a site inspection on 5 July 2016. Officers found workers in a basement had been dry cutting around 250 bricks to shape the bay window surrounds.

The company's failure to properly plan and manage the project had created numerous failings on-site, the HSE found. Workers were not informed of the dangers of inhaling RCS, nor were they made aware of the correct controls. MY Construction had also failed to appoint a competent person to supervise the work. In its press release, the HSE added that it had repeatedly warned the firm about the dangers of inhaling silica dust.

MY Construction & Carpentry of High Street, Waltham Cross, Hertfordshire, pleaded guilty to breaching reg 13(1) of the Construction (Design and Management) Regulations 2015. The firm was fined £40,000 and ordered to pay £2,313 in costs at Westminster Magistrates' Court on 13 December.