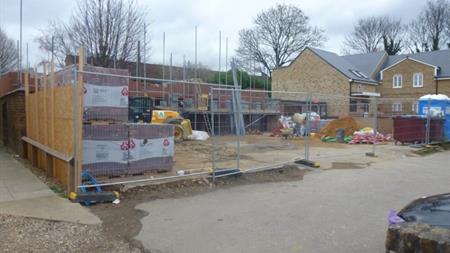 Four bricklayers were working on a new build of three terraced houses at a site in Watford, northwest London.
On 6 December 2017 they gained unrestricted access to a timber joisted floor, which collapsed.
Two of the men managed to jump clear but the others fell to the ground. They sustained serious injuries and are still off work.
The Health and Safety Executive (HSE) found that S McMurray, as principal contractor, had not fitted the joist hangars safely or correctly and failed to implement other structural support arrangements, such as propping the first floor from underneath.
The floor was also overloaded with blockwork.
Appearing at Luton Magistrates' Court, S McMurray pleaded guilty to breaching reg 13(1) of the Construction (Design and Management) Regulations 2015. It has been fined £16,500 and ordered to pay costs of £1,236.
HSE inspector Rauf Ahmed said: "Structural stability of floors under construction must be carefully risk assessed to ensure the appropriate control measures are in place to prevent collapse.
"This incident could have been prevented had there been a sufficient risk assessment in place and the appropriate controls implemented."
Topics
Work at height
Construction
News