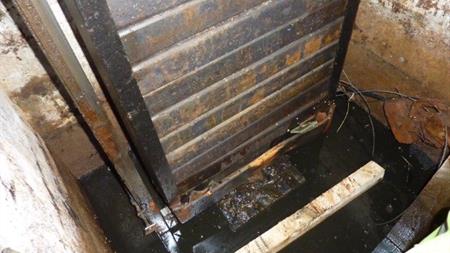 J A Ball was also sentenced for employing a contractor that did not have the skills, knowledge and experience to plan and dismantle the lift.

The subcontractor, Anders Development, was handed a £100,000 fine for two offences after its employee Dorin Samson sustained severe injuries while working in the lift shaft of the former office block at 50 Fawcett Road in Sunderland, Tyne & Wear on 8 March 2016.

The Health and Safety Executive's (HSE) specialist inspectors examined the lift after the incident and determined that Samson was probably struck by the lift's falling counterweight and/or falling lift suspension ropes.

The HSE found that Anders Development's method of work was unsafe and that it had not considered the stored energy in the lift's counterweight and ropes. The subcontractor had failed to adequately plan the work. The company and its workers also did not have the knowledge and experience to undertake the work.

J A Ball, of Coalville, Leicestershire, which had pleaded guilty to breaching reg 13(1) of the Construction (Design and Management) Regulations 2015 was also asked to pay £2,744 in costs at South Tyneside Magistrates' Court on 10 October.

HSE inspector Zoe Wood said: "Demolition and dismantling on lifts must be planned by persons with knowledge of the principles and operating modes of the specific lift machine, its related safety features and how it is incorporated into the structure of the building. All of these matters will help to determine the most suitable method of work."

She added that consideration also needs to be given to the effect any work will have on the structure of the building the lift is housed in.