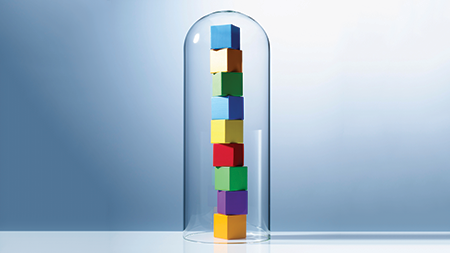 In 2017, the International Labour Organization produced its first estimate of the cost of occupational accidents and diseases as a percentage of annual global gross domestic product (GDP). The figure, $2.99trn (£2.43trn), equated to 3.94% of the value of all the world's goods and services in a year.

For members of the International Social Security Association (ISSA) it was probably the monetary figure rather than the proportion of GDP it represented that concerned them. ISSA comprises the national social security bodies from 158 countries that foot the compensation bills for those injuries and diseases. (In the UK and US employers are required to contract with private sector liability insurers, but in most countries state agencies make the payments.)

ISSA members had long been concerned by the cost of accidents and diseases. Many are threatened by demographic changes in the next few decades that will result in fewer people of working age paying into systems that in many cases have to sustain pensions and unemployment benefits as well as injury compensation.

The looming pinch point spurred social security agencies to look beyond their previous efforts to encourage employers to work harder to reduce accidents and ill health, many of which had focused on increasing the contributions demanded of organisations with higher rates of claims.

ISSA's general secretary, Hans-Horst Konkolewsky, was reported as saying: "When it comes to work injuries many social security administrations still mainly have the role of payers as they cover health costs and pay out compensation and long-term benefits after an accident or occupational disease has occurred. We believe that social security institutions should become more proactive and preventive and contribute to avoiding work injuries in the first place. We want them to become players."

Launched in September 2017 at the World Congress for Safety and Health in Singapore, Vision Zero is ISSA's response to the challenges facing its members. It was heralded as the first global accident and ill-health reduction initiative and ISSA and its members have worked to give it a worldwide reach -- and to distinguish it from the campaign with the same name to cut traffic accidents in the world's largest cities.

The campaign literature emphasises that Vision Zero is predicated on the belief that all accidents and diseases at work can be prevented. However, ISSA has been careful to sidestep the controversy surrounding the achievability in practice of zero accident goals by focusing on the value of zero accidents as an approach rather than a target. Konkolewsky has stressed that Vision Zero is 'a long-term commitment, a mindset', both for ISSA and the organisations committing themselves to the programme.

Early signatories included Hitachi, Rolls-Royce and Siemens and the initiative was backed by IOSH, the World Health Organization, US safety regulator OSHA and the International Association of Labour Inspection.

Vision Zero is founded on seven golden rules (see box). These were tested on business and follow the orthodoxy for good OSH management, prioritising issues such as senior leadership, worker involvement, risk assessment and control and training and competence, most of them common to the ISO 45001 management systems standard.

ISSA has backed up the rules with a series of guides and checklists for signatories to assess the progress of their organisations in implementing the codes.

The Vision Zero website (visionzero.global) invites individuals to apply to train as trainers to help organisations implement the golden rules. By September this year 841 trainers had been certified.

The launch in Singapore was followed by a series of regional launches, starting with one for Asia in Thailand a week later and one for Europe in DÃ¼sseldorf in October. Others followed in Africa, Eurasia, Latin America and North America in 2018.

These have been backed up by country and sector-specific events, 37 of them in 2017 and 24 in 2019, supported by ISSA, its member bodies and state agencies.

They range from a campaign launch day for Central Africa, held in Gabon's capital Libreville, to a Vision Zero in the Waste Industry conference in Hamburg on 23 October. Initiatives span sectors and countries as diverse as mining in southern Africa and agriculture in Poland.

Dr Gerard Zwetsloot, an academic and consultant for ISSA, says this regional and sectoral emphasis is giving the global campaign local traction. Taking the example of the Polish agricultural initiative, started in June by the country's Agricultural Social Insurance Fund, Zwetsloot says: "They have developed the seven golden rules for individual farmers and agricultural companies... there are maybe 50 or 60 countries that are very active at the moment."

The generality of the seven rules seems to be key to its acceptance in varying cultures and industries. At the campaign launch at Sochi in Russia in May 2018, a journalist asked ISSA's vice-president, Karl-Heinz Noetel, whether the programme was suitable for Russian organisations whose employees face harsh working conditions.

"It is not a matter of climate or working conditions, it is a matter of willingness to do it and that's so simple," said Noetel. He pointed to the Alrosa diamond mining group in the Sakha Republic (Yakutia) in eastern Russia which had recently signed up to the Vision Zero principles. "They have open pit mines, it's minus 55°C, [with] strong winds. Talk to your workers, [ask] what's the problem and then do it. If the workers are comfortable they will work better-¦ these rules are simple and they work everywhere."

More evidence of the scheme's adaptability came at this year's IOSH conference in September, which featured a presentation from Jamiu Badmos, head of quality, health, safety and environment at Nigerian electrical distribution company Ikeja Electric. Badmos explained how the safety and health function had used Vision Zero's seven rules along with the ISO 45001 management systems standard to reduce its high accident and ill-health rates, achieving an unprecedented zero fatality rate.

The number of companies pledging to implement the Vision Zero principles (visionzero.global/join-us) stood at 4,625 in September. Arguably this is not a big dent in the global constituency of hundreds of millions of enterprises, but the programme is only two years old and ISSA reported that the number of company signatories, trainers and affiliate organisations had jumped by one-third (around 2,000) in just six months, which suggests growing momentum. 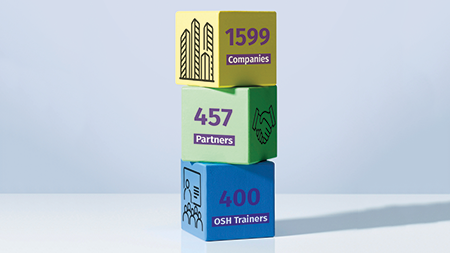 For the next stage of Vision Zero, ISSA has commissioned a set of leading indicators to support the seven rules. Demand for some metrics came from companies that had signed up to the campaign, says Zwetsloot, who has co-ordinated their development during 2019. "They were keen to have some means to benchmark progress against each other," he says.

The emphasis on leading metrics rather than lagging measures such as accident rates follows generally accepted practice in OSH management that prioritises managing inputs rather than simply poring over outcomes.

"With leading indicators you can have targets that make people accountable and encourage preventive action," says Zwetsloot.

The draft indicators are tied to the seven rules: one for each rule. The indicator for Rule 1, covering leadership, is the frequency of shift briefings with a safety, health and welfare (SHW) component. For Rule 4 -- ensuring a safe and healthy system -- it is the number of organisational and individual key performance indicators tied to SHW. For Rule 6, on improving qualifications, the measure is the percentage of new employees, from shopfloor to executive level, who received safety, health and wellbeing training before starting work.

Each indicator will be backed up by a factsheet that defines its terms and sets out success metrics and five examples of associated good behaviour. So for the seventh rule, investing in people, where the indicator is 'percentage of adequate follow-ups on suggestions for SHW improvements', the factsheet provides 'suggestions' -- incorporating near-misses and flagging up problems into its definition -- and 'adequate follow-ups'. The performance measures specify that more than 95% of suggestions followed up adequately within a month qualifies as 'excellent'; 80-95% is 'on the way to excellent'; and less than 80% rates as 'needs improvement'. The good practices include welcoming suggestions rather than treating them like an inconvenience, keeping the author of a suggestion informed about its progress and checking whether useful ideas could be spread throughout the organisation.

In drafting the first seven indicators he and his team had help from 30 companies in 13 countries. These included multinationals such as Siemens and Toyota, he says, "but also companies from Sweden, Ecuador and Chile. So it's not only the big companies. We don't want indicators that are useful for multinationals. They should be simple to implement for medium-sized enterprises".

The draft indicators and associated factsheets were tested by volunteer organisations, which provided feedback through an online survey that ended last month. Once their responses have been assimilated and the seven measures are finalised, a further seven -- one for each rule -- will be issued before the end of the year to go through the same process of testing and refinement.

Then, Zwetsloot says, ISSA will need time to translate the indicators into as many languages as possible and to develop supporting material for Vision Zero trainers and signatories. The aim is to launch the 14 indicators at the 22nd World Conference on Safety and Health in Toronto in October 2020, soon after Vision Zero's third anniversary.

"I don't know if they will have been distributed unofficially to the interested companies before then," says Zwetsloot.

Overall, he believes Vision Zero is growing because it offers -- without charge -- a highly adaptable framework that mixes the practical with the cultural aspects of safety, health and wellbeing.

"It's a mix of concrete preventive activities and creating a culture where prevention can grow and be effective," he says.

This year's Vision Zero summit is being held in Helsinki, Finland, from 12 to 14 November (ttl.fi/visionzero19).