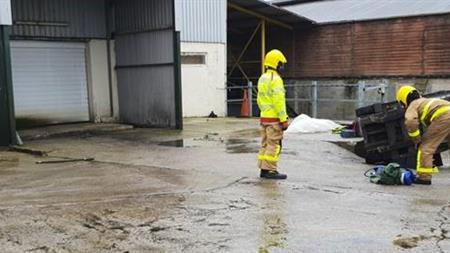 Staveley's Eggs, based in Chorley, Preston, admitted breaching s 2(1) of the Health and Safety at Work Act during a hearing before Manchester magistrates earlier this week.

The court was told that on 1 December 2018 an employee was driving the forklift across the yard when it overturned, trapping the driver between the truck and the ground. He sustained life-changing crush injuries.

An investigation by the Health and Safety Executive (HSE) found that the areas where forklift trucks were driven had significant changes in gradient, which were not a suitable surface for the type of vehicles in use. The company failed to both identify and control the risk of vehicles overturning.

"This incident could so easily have been avoided by ensuring the area where forklift trucks were driven was free of slopes and damage, and that a suitable forklift truck was used for the site," said HSE inspector Steven Boyd.