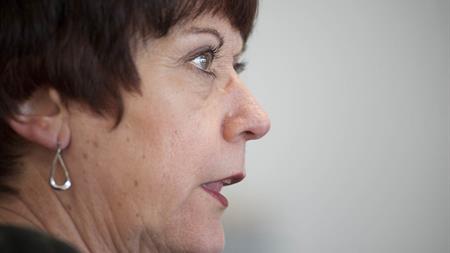 "I have my doubts as to whether OSHCR in its current form can deliver," she said. "We would probably be better off to have a much more radical rethink and look more closely at when expertise is needed and how that's defined."

OSHCR was set up by the HSE in 2011 after the government report Common Sense, Common Safety, by Lord Young noted the lack of an accreditation scheme for OSH consultants.

At the launch in 2011, Hackitt said the register would provide "an independent way of demonstrating professional competence in occupational health and safety consultancy and should also encourage those who have not yet met these standards to do so."

However, in an interview with IOSH Magazine shortly before she left her post in early April, Hackitt said: "I don't think it has done what it set out to do at all."
The register did not filter out poor general OSH consultants.

"The good ones listen to what their customers want and provide proportionate solutions," she said. "The not-so-good ones impose and sell through fear. [They say] 'you must do this or you will be locked up' or whatever."

Hackitt said there was a role for specialist consultants such as occupational hygienists, but she questioned whether generalist consultants were needed. "My first preference would be for the business to deal with the risks themselves," she said.

Applicants are asked to commit themselves to continuing professional development, have professional indemnity insurance, and provide proportionate advice.

"There are many good consultants out there but unfortunately we only seem to hear about the bad ones," said Craig Foyle, chair of the IOSH consultancy group. "The consultancy group is working closely with the IOSH representative on the OSHCR board and has also raised concerns over the effectiveness of the scheme. In addition the group is also trying to raise the profile of what good consultancy looks like."