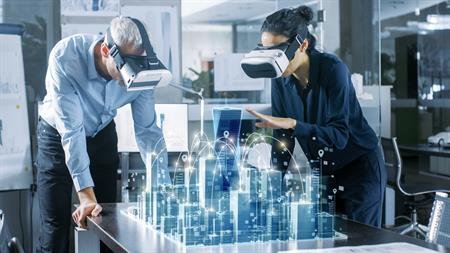 The study published on 29 November by the European safety agency EU-OSHA suggests the growth in information and communications technology (ICT)-enabled applications could see workers having more autonomy and control over their work. However, it warns that these workers may not have the skills to manage their workloads in a safe and healthy way.

The findings of a two-year project to anticipate the effects of digitalisation on OSH in the European Union, Foresight of new and emerging risks to occupational safety and health associated with digitalisation by 2025 notes that the loss of supervision by and support from middle managers could have a negative impact on OSH in companies because the same individuals are responsible for managing workloads, schedules, OSH and workers' wellbeing.

The study argues that workers could have more autonomy and control over their work by the mid-2020s unless middle managers are replaced with algorithms to improve production. However, if this were the case, it could result in workers being under more pressure to perform.

This loss of control over work content, pace and scheduling is associated with work-related stress, poor health and wellbeing, lower productivity and increased sickness absence, according to an HSE report cited in the study.

Drawing on information gathered through a literature review, telephone interviews, web surveys and workshops, the study includes four scenarios named "evolution", "transformation", "exploitation" and "fragmentation", which outline how the future might look depending on the attitudes of governments and the public to digital developments and hence the pace of change. The scenarios, outlined in the report's annex, also reflect the different possible levels of economic growth and application of new technologies.

However, it also notes that, although each scenario presents different challenges and opportunities for OSH, a common theme is that growing take-up of ICT-enabled applications will lead to rapid changes not only in what technologies are used in the workplace but also the nature of work, business structures, employment status, hierarchies and relationships. The combined impact of these changes, it adds, could challenge how OSH is currently managed and regulated.

One notable area of concern, the report says, is the potential for OSH risks during the transition from old to new technology when both are in service.

"If workers need to interact differently with old and new technology, they may make incorrect and unsafe assumptions about how the technology will behave", the report says.

"There is also the potential for confusion and accidental use of the wrong procedures if old and new versions are both current. Clear communication will, therefore, be essential."

EU-OSHA also identifies many positive developments. It argues that ICT-enabled applications could change the way OSH surveillance is organised and allow record keeping that better reflects the new business models and structures.

"The IoT, sensors in surrounding devices and robots, and wearable monitoring devices could allow the recording (automatically or manually) of real-time observations or incidents, including OSH exposures, directly into an OSH management system and online OSH records and provide access to 'moment of need' information," says the report.

"AI could be used to analyse this information alongside historical data and provide advice directly to the worker and/or employer."

The report's conclusion outlines examples of OSH strategies to mitigate OSH challenges, which include developing advanced workplace risk assessments to reflect the opportunities offered by ICT-enabled applications as well as the potential impacts identified in the report, and a regulatory framework to clarify OSH liabilities and responsibilities that relate to the introduction of new systems and ways of working.