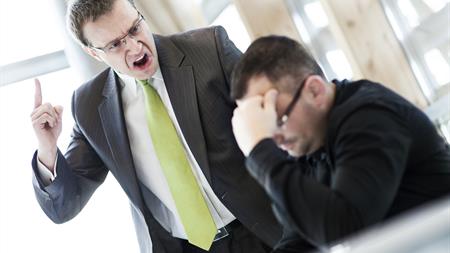 The Health and Safety Executive (HSE) suggests threatening behaviour has shifted online, fuelled by the growth in social media and the use of smart phones.

Published on 28 February by the HSE, the latest figures draw on findings from the 2015/16 Crime Survey for England and Wales (CSEW) and the Reporting of Injuries, Diseases and Dangerous Occurrences Regulations (RIDDOR), which also includes data covering Scotland.

However, the CSEW analysis includes workers who may not have been employed for the entire 12-month period during which the risks were measured. As a result, the data may not accurately reflect the actual risk level for their jobs.

The majority of respondents who reported incidents of violence (56%) did so for a single incident. However, 18% experienced two incidents and 26% experienced three or more. While strangers made up just under half (46%) of those inflicting workplace violence, clients or members of the public most commonly accounted for the remainder.

Most of the incidents of violence at work (67%) did not result in any physical injury. Of the remaining 33% of cases, respondents cited minor bruising or a black eye (17%) and scratches (8%) as being the most common physical injuries. Severe bruising from heavier trauma was suggested in 6% of physical assaults, while other injuries, which includes broken bones, broken nose, lost or chipped teeth, accounted for 5%.

The HSE published report draws on two sources for violence at work data. The first is the annual CSEW, which is compiled by the Office for National Statistics (ONS) and measures respondents' experiences of crime-related incidents. This includes both employees and the self-employed and the analysis covers paid work in the last seven days at the time of interview.

The CSEW defines violence at work on the basis of type of offence (assaults or threats); and the relationship between victim and offender. Physical assaults include assault with minor injury, assault without injury and wounding. Threats include verbal threats to the respondent. Incidents that involve a domestic relationship between the offender and victim are excluded.

The second source of data is RIDDOR, which only records physical violence. Verbal assaults are excluded, even if they result in workers taking time off work.

In addition, employers are only required to report injuries that result in more than seven days off work and non-fatal ones are known to be substantially under-reported. It is estimated that just under half of all types of non-fatal reports that should be made are reported.

RIDDOR reported 4,697 injuries to employees where the "kind of accident" was "physical assault/act of violence" in Great Britain and included one death. This figure represents 6.5% of all reported workplace injuries.